Under Fremantle prison there are a network of tunnels. Why would you build such a thing? 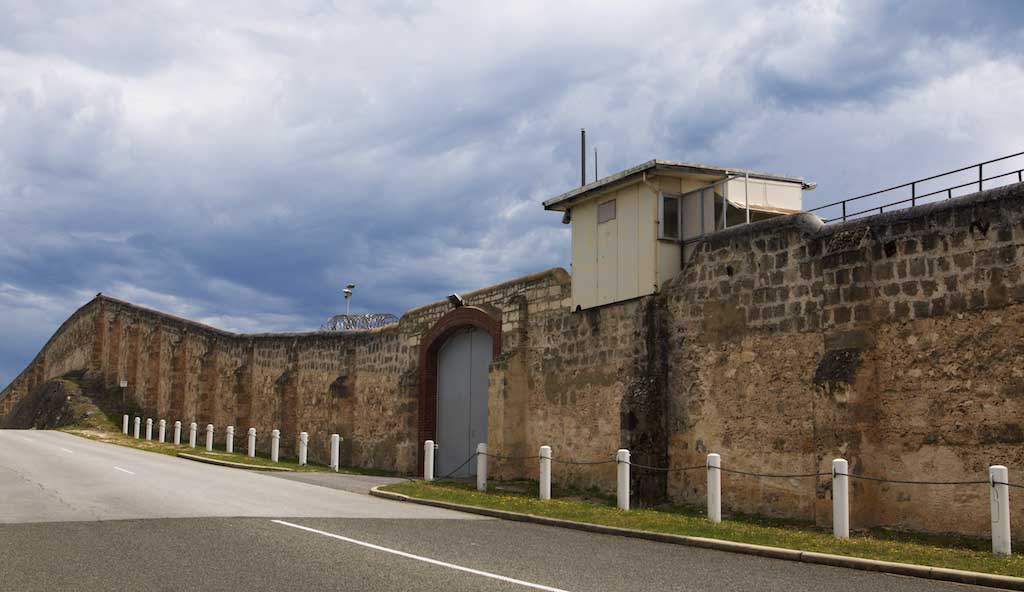 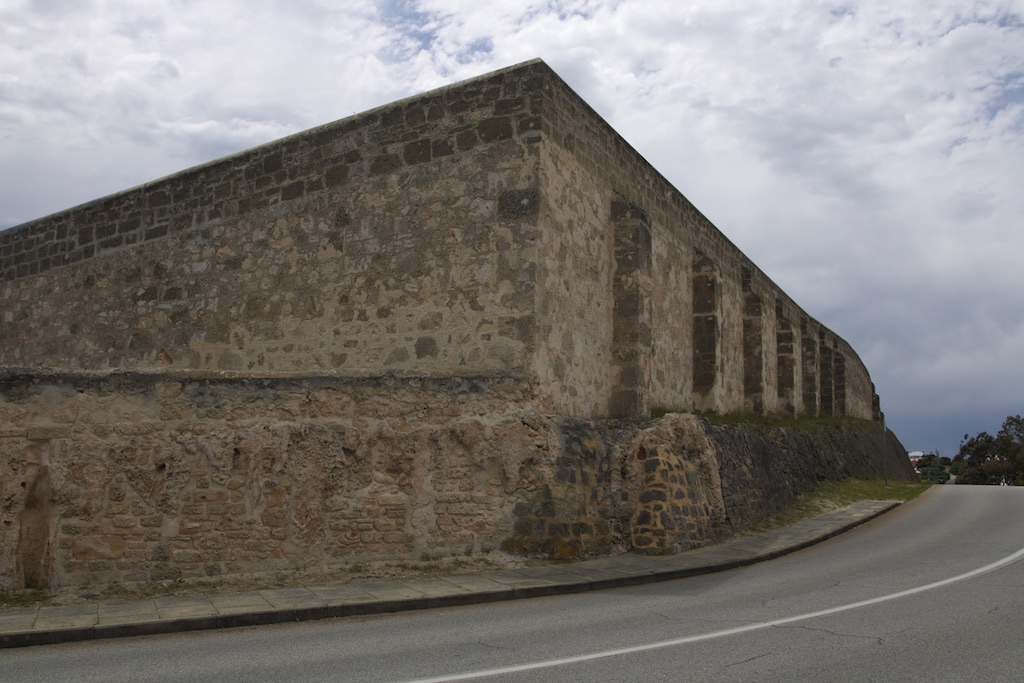 A visitor who spends any time in the port city of Fremantle will have a hard time missing the high pale limestone walls overlooking the town, dazzlingly yellow in the sunlight but grey and oppressive on a cloudy day. For most of my lifetime they have been an ugly annoyance, it was only after they stopped being what they were designed for that I, and I suspect most Western Australians, really began to understand this place and its importance to our history. Perhaps for the next generation with no direct memory of it as a functioning high security prison, they may even grow to love it. Fremantle Prison stopped being a working gaol in 1991. At the time, I doubt many of us realised how long it had been in existence. It was constructed in the 1850s by the first cohort of convicts to be sent to the Colony of Western Australia from Britain. Their arrival signalled the transformation of this place from a community of free settlers to a penal settlement. Originally known as the Convict Establishment, it only later became the primary jail of the Colony and then the State. 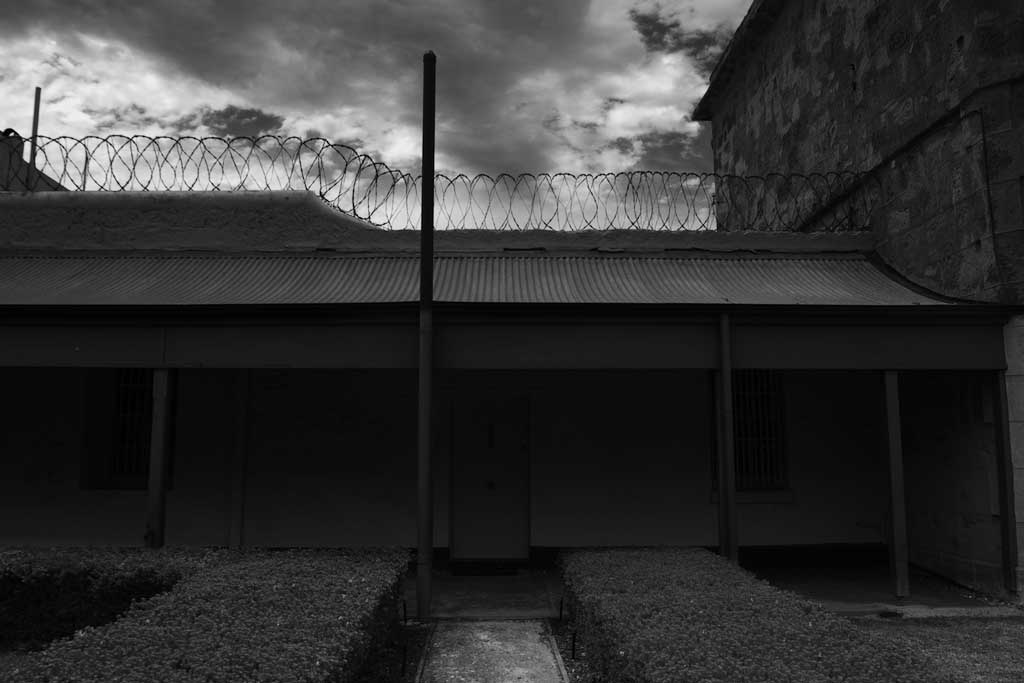 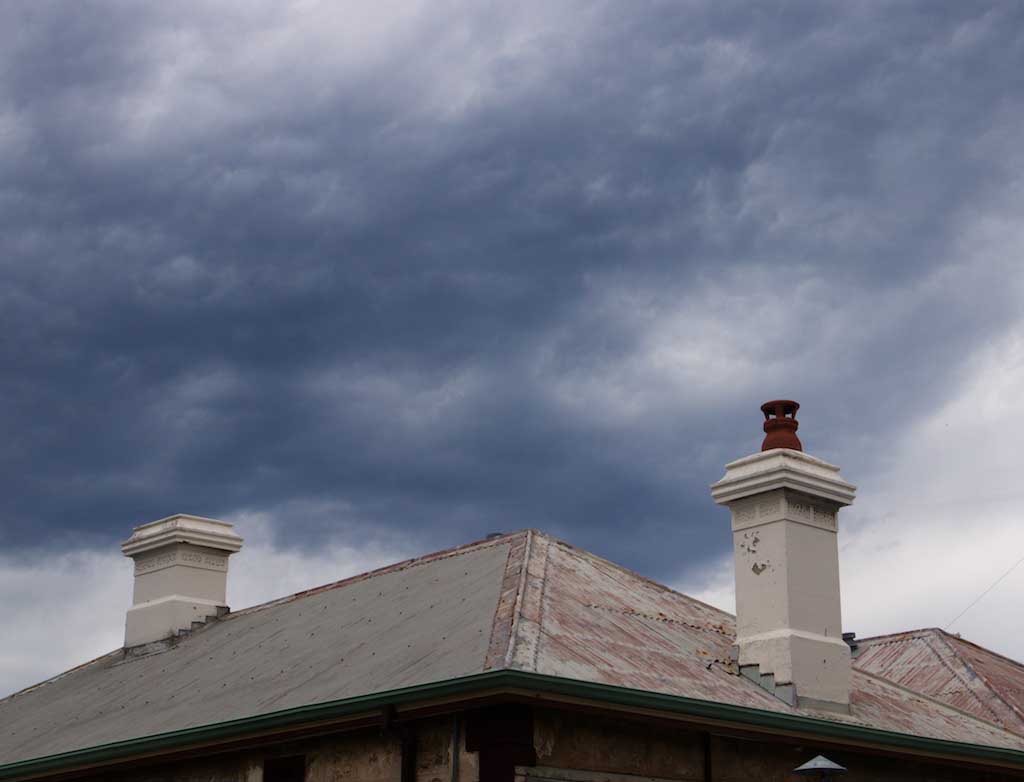 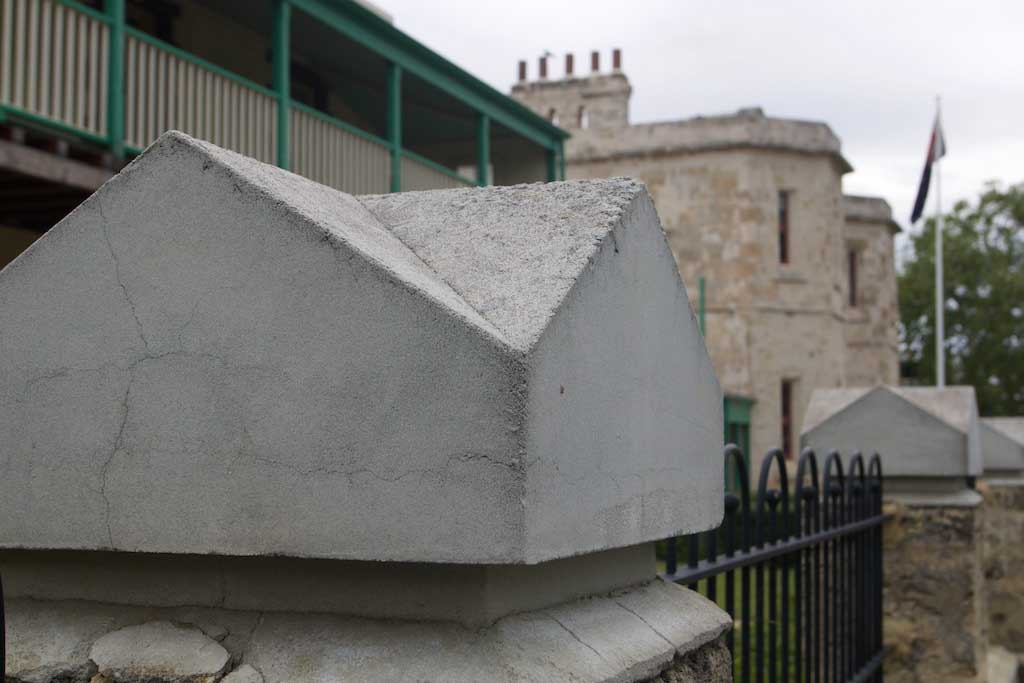 The closest comparable surviving convict structure in Australia have to be the ruins of Port Arthur in southern Tasmania, however they are ruins. The Convict-era built portion of Fremantle Prison survived fires, riots and earlier eras that would have seen the whole lot bulldozed for a block of flats had it been decommissioned before the date it was (or after).

Now it is a museum, and part of a world heritage site. I got to visit it properly for the first time today and it was wonderful. 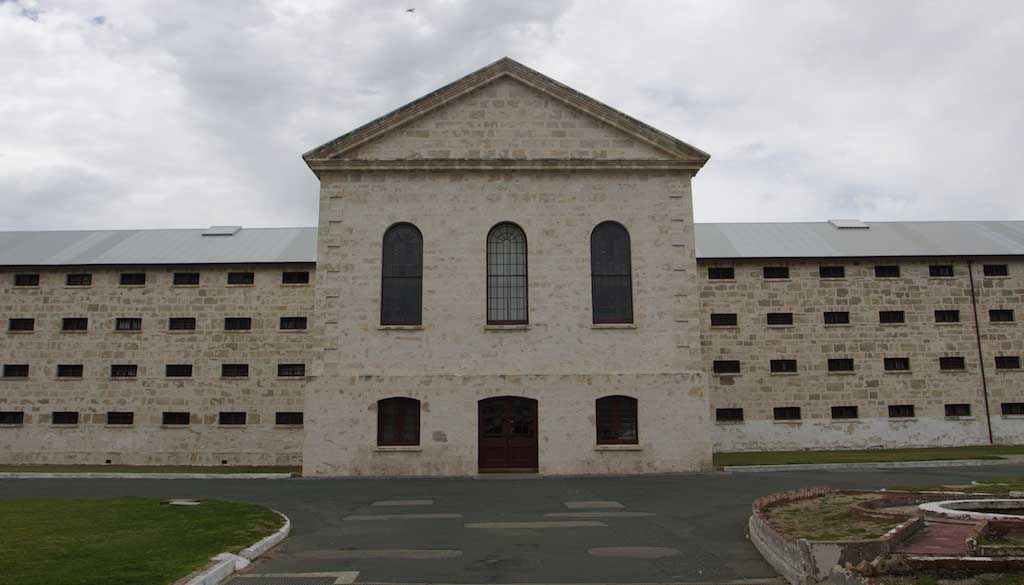 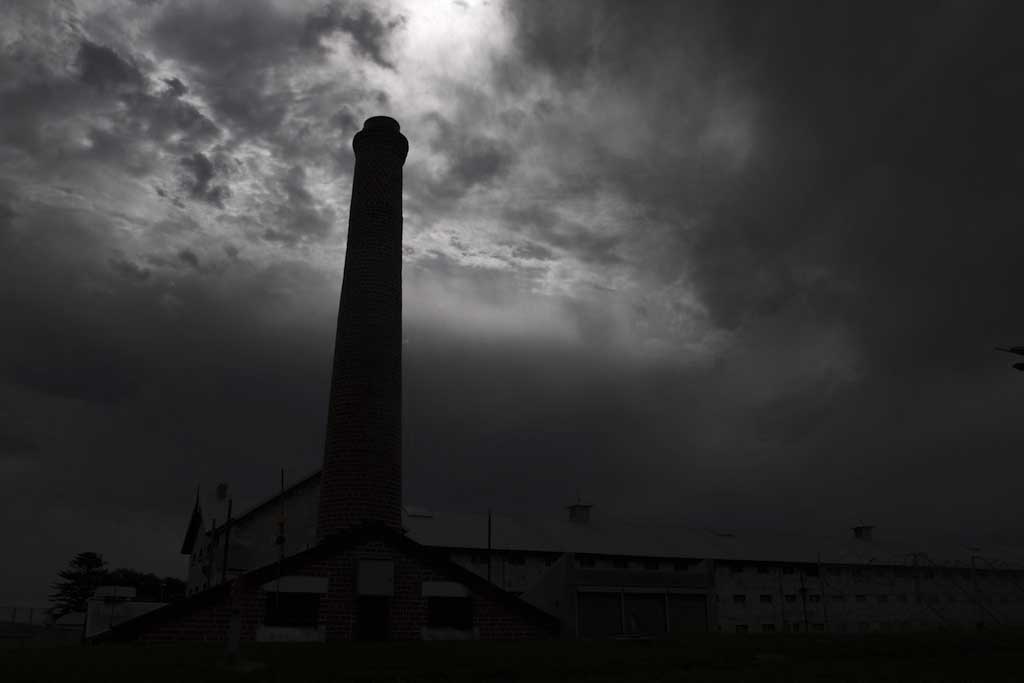 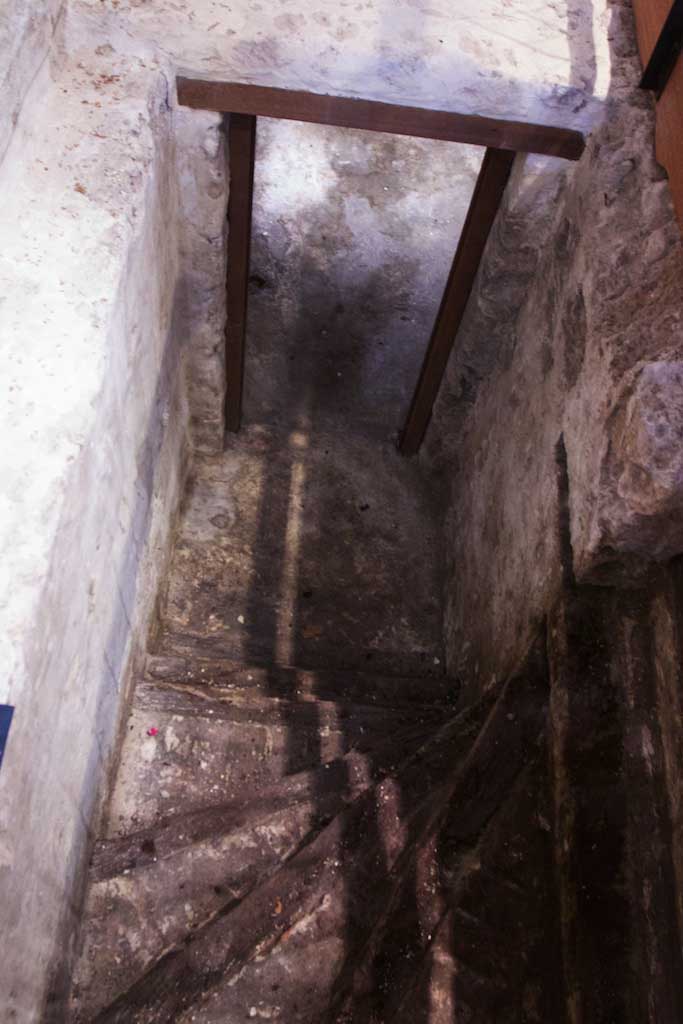 I did not visit the main complex, but instead was treated to something rather special. Underneath the old gaol are a network of tunnels and shafts deep into the limestone. Once so filled with water that the prisoners who hacked out these tunnels by hand were waist-deep (and work was only halted when the water reached neck height), those of the tunnels that have not dried out (nearly) completely are navigable by boxy shallow canoes. In full safety gear — harness, hard hat, life jacket and thick rubber boots — we descended a narrow ladder many dozens of metres down to the sea level, and for two-an-a-half hours we traversed the tunnels by foot  or by canoe, modern replicas of those rowed by convicts a century-and-a-half before. It was an amazing experience. I have no photos of down there because a) it would have been too dark, b) no images would have done the experience justice. If you had a go-pro or similar which you could have strapped on to your hard hat you might have got something vaguely satisfactory.

The Prison tour’s web site has some images of down there, but they too do not do the site justice. Access to the interior of Fremantle Prison is only available as part of an organised tour. This was my first proper excursion so I look forward to seeing more on future visits. You should visit their web site for times and prices.

So who is the spectral figure in the banner image of this web page?

Albert Grigg (1877-1942) was a Fremantle City Councillor for twelve years from 1923 to 1935. By the time he was elected to council, the tunnels under the prison had been out of service for ten years. Since the 1880’s they had been used as a giant cistern for the town of Fremantle’s water supply. Prior to that time, wells in the sandy ground of the town itself provided the drinking water requirements. Unfortunately other holes in the ground were far to close to those wells were being used as toilets. What came in one hole came out into the other. I’m not going to draw a picture for you.

Scheme water came to Fremantle in the 1910’s which was just as well, as the water from underneath the gaol was growing increasingly unpalatable. Too much water had been sucked out of the ground, and seawater was percolating though the limestone. If Cr Grigg should be remembered for anything today (and I do believe he does deserve to be remembered for any number of things), it should be that he fought long, passionately and hard for, and achieved during his time in office a proper sewerage system for Fremantle. It was thanks to people such as he that when you turn on a tap of water today, you are not drinking your own shit. Oh…

But Grigg had another, even closer connection with the Fremantle prison (and no, he was not an inmate… as far as I can tell). In 1933, toward the end of his civic career, he did what he did best — stir up a hornet’s nest. He recommended that the the Prison be removed. I probably shouldn’t  breath a deep sigh of relief that on this occasion the state’s finances and public opinion were not on his side… this time. (he was my great-grandfather, after all) — but still, if the prison had been relocated in the mid 1930’s it is unlikely that any of the colonial structure would have survived to this day.

The Sunday Times newspaper loved Grigg on the whole (He was so fiery in council he could produce columns of reportage), so that is possibly why they were so kind to him on this occasion and did not draw attention to what must have been bleedingly obvious to pretty much everyone else involved in the debate — Cr Albert Grigg and his family lived on Ord street and Hampton road, immediately on the northern perimeter of Fremantle Prison. If anyone was going to personally benefit from the removal of a high security prison on his doorstep it was going to be he. My aunt, in the late 1930’s to early 40’s, remembers the chain-gangs of prisoners under armed guard shuffling past her grandfather’s house on the way to their work area.

One wonders how much more agitated Councillor Albert Grigg might have got if he realised that the former water storage tunnels extended outside the perimeter of the prison and along Hampton street itself. If any prisoner had ever used the tunnels for an escape attempt, they might have literally ended up in his backyard…

https://www.abc.net.au/news/2021-03-31/old-perth-unearthed-in-new-curtin-hive-photo-database/100036426
This is going to be so incredibly useful.
I think I'm going to have to get back into model making very soon!