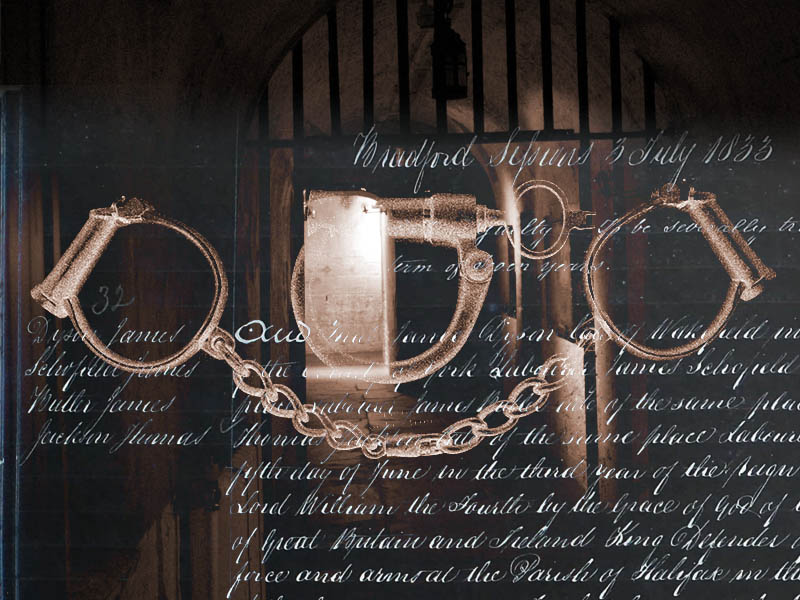 A heinous crime had been committed the previous evening, Mr Robertshaw had been viciously attacked and robbed in the street that night. That Tuesday morning the wheels of early nineteenth century justice began to turn. A suspicious character was apprehended that very morning. He was from across the border in Lancashire, Winterbottom was his name. By useful coincidence there happened to be an officer from the constabulary of that particular county;  Mr Heyward from Oldham, present in Halifax that very day.

Heyward had been on the trail of villains from his own jurisdiction, so he eagerly secured an interview with Winterbottom, wherever the Halifax authorities were holding him.  He immediately identified Winterbottom as one of those he sought, and Winterbottom instantly recognised he. This Javert, this Lestrade of Oldham swiftly secured a confession and the names of his accomplices. Heywood hastened away back across the border into Lancashire to apprehend those suspects. By Thursday evening, he had all four in custody.

They were examined before Christopher Rawson, Esq., back in Hallifax on Friday, in a process described as exhaustive. The prisoners were committed to stand trial at the assizes to be held in a few weeks time and ordered to be sent to York Castle until that date.

Enough of the debtor’s prison remains in York to get a very clear idea of what the holding conditions of the prisoners was like. However there is no record of James Dyson or any of the other accused being present at the relevant period in the Gaol facilities’ database. They may not have been transferred to York at all, and may instead have been held at Bradford, which was where their trial was eventually held on 3 July 1833.

The four young men were charged with stealing from the person. They were:

But wait, is there not a name missing from the charge sheet? Hold on, here is the list of witnesses called:

Obviously a deal was done with Winterbottom to deliver up his accomplices, presumably he was forgiven not only this crime, but whatever crime Heywood had been chasing him for to begin with.

Somewhere in an archive in Bradford, there may be the complete trial notes for Dyson, Schofield, Butler and Jackson. The search for these records lead me on a fruitless search through the archives of Britain in late 2015. It culminated in the National Archives in Kew, London, on my last day in England, was when I discovered that these particular trial notes were back in Yorkshire— where I had started the search. Its only on TV that you can fly back and find what you have missed…