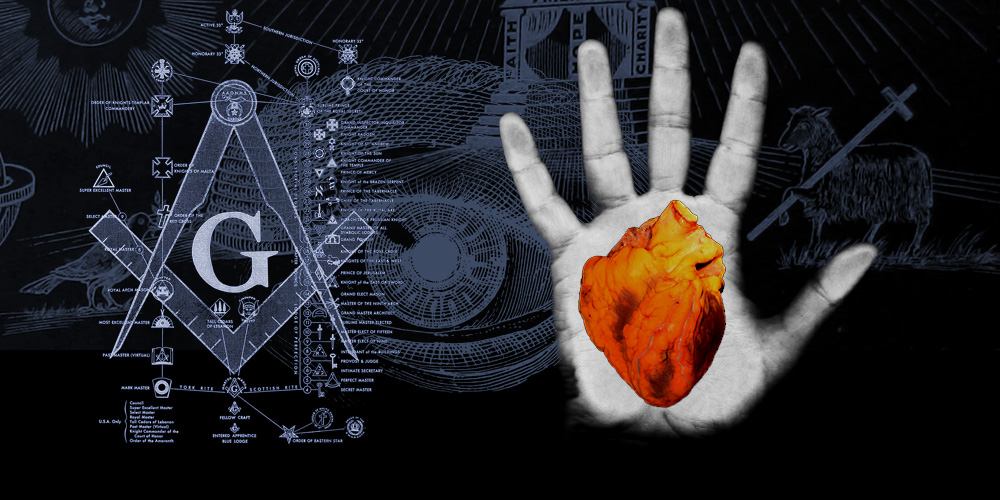 It seems like there was nothing the average man in Australia during the nineteenth and twentieth centuries enjoyed more than belonging to a secret society. Of course it’s no fun at all if no-one can know that you belong to an exclusive brotherhood*, so you have to make sure that everyone has got the memo by flaunting your membership of that organisation (you are not able to discuss publicly) in the most ostentatious manner you can manage. Street parades in uniform were best; inviting the press along to your celebratory dinners and having the whole thing published in meticulous detail the next day was even better. Of course the display of esoteric symbols and talismans on every conceivable public surface where ever you could manage it was obligatory, you just could never explain what they meant… because that was a secret.

The Freemasons are probably the most famous of this ilk, and were the most prestigious and exclusive club, as you needed to invited to join by your similarly elite peers. It was not for the everyday hoi-poli. Your Governor of the Colony (so long as he wasn’t a Catholic), Bishop, Judge or Top Civil Servant were all likely to be masons. For a secret society, they loved owning prominent buildings in the very heart of town, dressing up for the funerals of their brethren, and denying that being a mason had any influence on their day jobs.

But if you were not an elite, there were still mysterious and baroque organisations you could become a member of (if organised religion was too inclusive for your tastes). If you wanted to piss off the Catholics you could join the Loyal Order of Orangemen. If you hated people who drank alcohol, you could join the Good Templars, or the Rechabites (among others). Many publicans in the early days of Perth were foundation members of temperance societies.

*The Good Templars were somewhat unique in that they allowed women into their ranks. This was an excellent strategy as it allowed their members to bask in the warm glow of the strong disapproval of other such institutions as the Catholic Church.

Strictly boys only was the Weld club (for those who found the Freemasons too egalitarian). But if you were not a member of the ruling elite—only a humble mechanic or even a middling shop-keeper, then there were the friendly societies just for you.

In the days before social security for a average worker, sickness meant ruin, and death meant poverty (or worse) for any dependent unlucky enough to survive you. Charity from the parish was even less of an option than back in Britain, as there pretty much was not a parish. The Colonial Government did establish the workhouse system here; to be destitute was practically a criminal offence. Friendly societies were first and foremost an early system of life or health insurance for their low-income members. The benefits received could and did vary widely. For a few pence a week, contributors or their families might receive paid medical attention, income protection when unable to work, funerals paid for, or even a pension for the widow.

Back in England, originating from Lancashire, the best known and globally dispersed organisation of this type was the Manchester Unity Order of Oddfellows. This evolution from an even older organisation sprung up in James Dyson’s home town the very year of his birth (1810). The MUOOF or IOOF(as it was often abbreviated) combined the practical matter of regularly collecting the subs from its members with the very social activity of weekly or monthly meetings in the local public-house. Once the legal technicalities were overcome (establishing that this was not a seditious gathering plotting the overthrow of his Majesty’s Government), lodges would spread across the Anglophone world. Eventually it would reach Western Australia:—

The opening ceremony in connection with the new Oddfellows’ Hall, Hutt-street, took place last evening. A full description of the hall, the foundation stone of which was laid on the 24th of July, 1895, has already appeared in our columns, and it is only necessary to say that the building is a very commodious one of two stories, admirably suited for the purposes for which it has been erected. If any defect might be mentioned, it is the fact that the dividing floor between the upper and lower halls is hardly sufficiently packed to deaden the sound, which penetrates from one hall to another, so that the two cannot be used at the one time with any comfort by those who have engaged them.

The ceremony consisted of a torchlight procession, which left the Town Hall for the Oddfellows’ Hall, headed by the City Brass Band, in which about 200 members of the lodges marched in their regalia. Bro. F. Bowra, P.G.M., acted as Marshal, and amongst the heralds were Bro. W. Lawrence (bearing a measure of corn), Bro. Arnold (Bearing a vase of flowers), and Bro. G. Wallace (bearing a goblet of water).

The West Australian (Perth, WA : 1879 – 1954) Wed 22 Apr 1896 Page 5
The Oddfellows had been a presence in Western Australia for many years, but predating their formal establishment in 1870 by over thirty years, all the way back to the time of Governor Hutt, in fact— a home grown version of a friendly society on the Oddfellow’s model was created for the Colony.
On the first anniversary of its birth, what would one day become the Western Australian Newspaper editorialised:—

A union society, under the denomination “Sons of Australia” — not a very appropriate title, considering the ages of the members,— has been established at Perth, and the anniversary meeting took place at Dobbins Hotel yesterday. The Rev. J. B. Wittenoom, at the solicitation of the members, performed divine Service in the afternoon, and delivered a lecture on the occasion.

The Perth Gazette and Western Australian Journal, 20 January 1838 p10
If you think this is oddly snarky, you have to bear in mind that a year ago, in another publication was written:

A friendly Society called the “Son[s] of Australia” has been formed since January last. The object of the Society is to provide by contribution for the maintenance or assistance of the Members thereof in sickness, old age and other infirmities. The Rules of the Society have been duly enrolled before W. H. Mackie Esquire, and a Bench of Magistrates pursuant to act of Parliament 59th Geo. III. and are now in the course of being printed at the “Guardian” Office. The Trustees are Messrs W. Nairn, W. Rogers Senr. and J. Tompson, Mr Charles Foulkes Secretary. The objects of this Society are highly laudable, and it is the most useful institution ever formed in the Colony. A considerable sum has been already subscribed towards the formation of a permanent fund, and we earnestly hope the Society will flourish.

Swan River Guardian (WA : 1836 – 1838) Thursday 16 November 1837 p250
And so it becomes clearer. The editors of the two newspapers in town at that time were mortal enemies. For Charles MacFaull, editor of the Gazette, anyone who ran a newspaper who wasn’t him was a mortal enemy. For William Nairne Clarke of the Swan River Guardian it was much simpler: anyone who wasn’t him was a mortal enemy. They were naturally going to oppose anything the other didn’t oppose.
This is only a few years before before James Dyson arrived in the colony of Western Australia, but fast forward to the time of his death fifty-one years later, and it becomes clear that his involvement with the Sons of Australia Benefit Society was one of the defining activities of his life:

The Society survived James Dyson’s death, but it would not survive the custodianship of his son, Joseph the Elder. Only a year after the opening of that Oddfellow’s Hall in 1895, the Sons of Australia Benefit Society was finally wound up.

Last night the members of the Sons of Australia Benefit Society assembled at Jacoby’s Bohemian-hall, for the purpose of receiving their first dividend out of the sale of the city property formerly owned by that society, situated at the corner of Barrack and Goderich streets, which was recently purchased by Messrs. W. B. Wood, A. E. Cockram, and J. Carmichael, for £11,000. The scheme of dividing the assets of this old established institution, which was founded in the year 1837 by the late Mr. G. F. Stone, father of his Honor Mr. Justice Stone, whose inaugural efforts were supported by Messrs. Crane and others, is based upon a payment of £150 to the old and £115 to the younger members, who comprise a total of 83, all told. The first dividend amounts to £90 per member, one of whom has been an inmate of the Perth Invalid Depôt for several years past.

Now here is where the story really starts to get interesting…