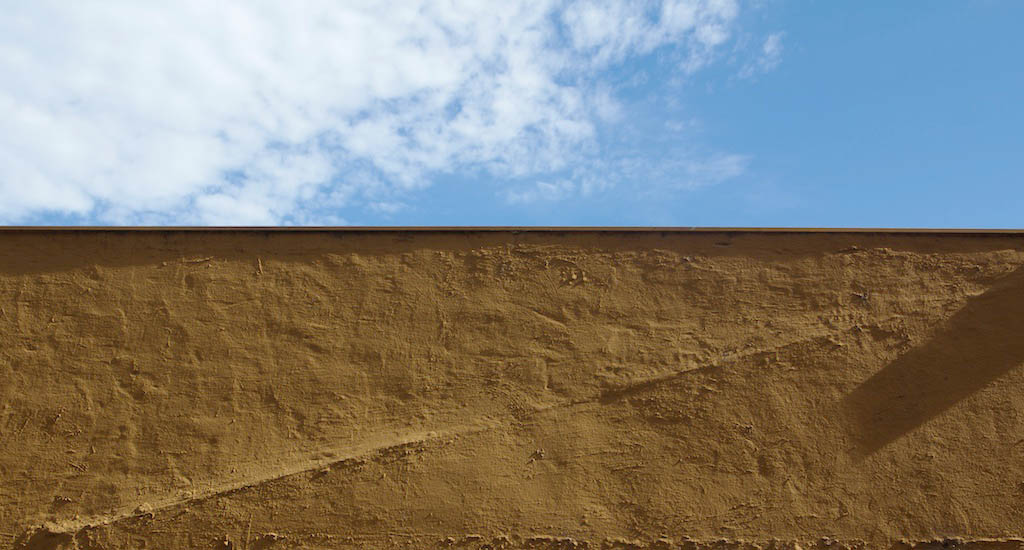 Now, one of the only certainties, perhaps the only certainty I had about my own identity, was that I 100% belonged to Western Australia. I resented bitterly the implication that because I had never been to that place, I was somehow less of a citizen. As a result, even when I was old enough to have made the trip over there myself, I shunned the place. I had no desire to visit until comparatively recently when I finally began to learn more about the island and it’s history, and to my surprise and initial dismay— how it was intricately bound to my personal story — whether I wanted it to be or not.

The first thing you are going to see when you approach Perth and Fremantle from the seawards is Rottnest island. So before it was a holiday mecca, it was (proceeding backwards in time) a military base during WWII, concentration camp during WWI, then for most of the time of the British occupation of Western Australia in the 19th century, a prison of last resort for the colony’s aboriginal population. There were a number of phases to it’s use as a prison, some less horrible than others, but depending on your skin colour, Wajemup was an island of dread.

I first learned that my Armstrong ancestors had much to do with Rottnest during these early days as an aboriginal prison. Francis Fraser Armstrong has been depicted as the hero versus the villain that was gaoler Henry Vincent, but of course things were never that cut and dried. The Armstrongs left their mark on the island in many place names and a sandwich.

One hundred years or so later, Rottnest then featured in the tale of my adoptive great-grandfather. He might well have owed his later success in business to his employers who narrowly avoided being interned on the island during the First World War for the crime of not being born British. They were forced to divest their Western Australian assets (some of which Arthur Turton acquired). But there was another story from the next decade that Turton never related to his grandchildren, and remained hidden until we uncovered it (finding it printed in just about every newspaper in the country at the time)… It was not a scandalous story, just an embarrassing one… for him. He was shipwrecked off the island and he couldn’t swim. Obviously he survived and went on to be Mayor of North Fremantle, but that is a story for another day.

Finally, there had to be a Dyson connection… so there was, and it is an important one for both James Dyson and the history of Rottnest island. Now we must back-track to the early days of Rottnest as an Aboriginal gaol, and the establishment’s second (and ostensibly more competent) superintendent Henry Vincent. Vincent had a reputation for sadism and brutality that no number of official investigations and formal inquiries could ever quite dispel. The whole island was a designated prison, but while the prisoners enjoyed (at this stage in history) the liberty of the island for much of the time, they were expected to return to the establishment barracks in the evening.

Constructed in 1842 mostly from materials and timber on the island by the prisoners themselves under Vincent’s supervision, by 1845, when the whole island was gazetted as a prison, an extension must have been required. Local supplies were maybe no longer available so timber needed to be purchased from the mainland. The government put the matter out to tender:

And the successful tender was from…

So James Dyson provided timber for an extension to the first Native Establishment building on Rottnest Island. It’s a not-very-interesting historical footnote in Western Australian terms, but a vital moment in the Dyson family’s history, for this is the first mention in public of James Dyson in Western Australia. Only a labourer in 1842, now he was a sawyer and a successful independent contractor after only four years in the colony.

If the plan of the prison from 1842 does not look much like the current structure on the island, now known as the “Quod,” there is a reason for that and it’s not due to the 1845 extensions. Henry Vincent once again would be supporting Dyson and his family in their livelihood, just as his legendary clashes with Francis Fraser Armstrong were about to reach their peak. For next year, he (or another warder) burnt most of the settlement down, including the establishment:

A fire took place at Rottnest a day or two since, when a stack of hay, containing about fifty tons, recently sold to the Commissariat at the rate of £4 per ton, was destroyed, together with the gaol and some other buildings. It appears that some native prisoners had escaped, and hid themselves in the bush. Mr Vincent, in order to dislodge them, set fire to the bush, the wind then blowing from the direction of the houses, but it eventually shifted, and carried the flames towards the buildings which caught fire, and were ultimately consumed. Mr Barlee and Mr Brown left Fremantle for Rottnest yesterday morning, to inquire into the matter, and, until the result is made known, we must only conjecture that there might possibly be some justification for the conduct of Mr Vincent, in resorting to so novel a method for securing escaped prisoners. The loss to the Colony is about £500.

In 1862 a new gaol building was finally commissioned. Lo and behold, Dyson once again successfully tendered to supply timber for the replacement.  Vincent was gone, but if it was possible, the future regime was even crueller. The Quod was a prison, pure and brutal. Armstrong returned to the island once more, late in his life, to witness the execution of an uncomprehending aboriginal prisoner. If James Dyson ever visited Rottnest Island, even if just to deliver his timber, the records do not tell.