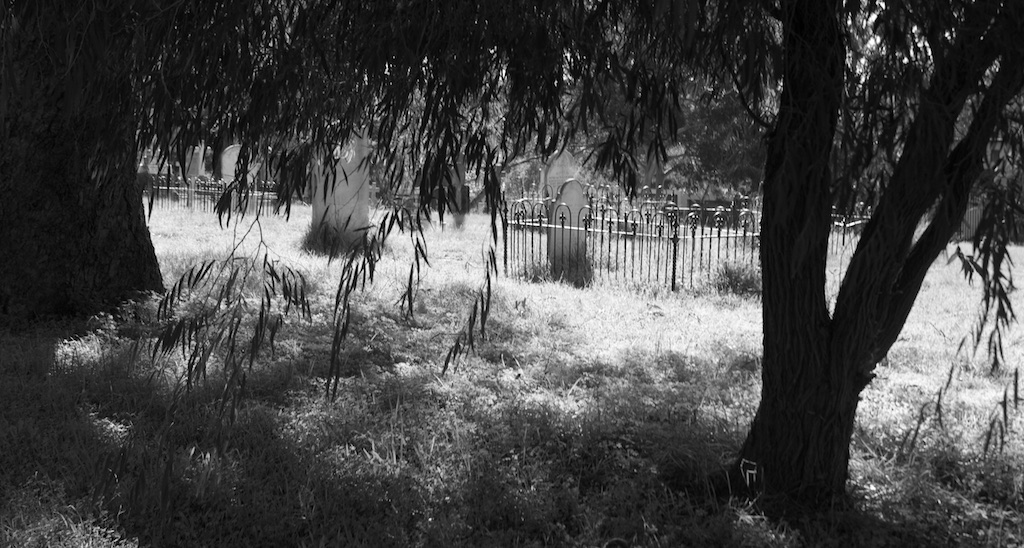 “Firsts” are a tricky thing. The Old East Perth Cemetery was certainly not the first colonial burial site in Western Australia. The unmarked graves of the thirty-odd settlers who died at Clarence on what is now known as Woodman’s Point were filled around about the same time in early 1830, when the first recorded interment at East Perth was taking place. Talking of records, the record-keeping skills of the early Swan River Colonists were pathetic. There is no formal burial register for the unified aggregation of denominational Christian cemeteries that make up Old East Perth Cemetery. There has been a lot of research into who actually might be buried in the ground, but there are certainly many gaps in our knowledge.

Educated guesses are just that—guesses—there is always the possibility of being proved gloriously and magnificently wrong.

For a site with at least 10,000 interments within it over a seventy year period of use (roughly 1830-1899), there are mere handful of headstones surviving. While wilful vandalism during the 20th Century can account for a lot, haphazard usage over the course of its life (If Cemeteries can be said to be alive?) account for much:—

Most of the surviving monuments appear to be from the last years of East Perth’s formal operations in the 1890’s. There were probably many more family crypts on the ground than are visible today. Wood rots, Slate delaminates, sandstone crumbles, iron rusts, lead lettering peels away.

Drewy Dyson’s name is taken in vain when discussing the state of the cemetery in 1911. Of course most of Drewy’s immediate family were buried in a family plot on the site. The iron railings and tombstone that still exist in situ were most likely erected by Drewy himself in his capacity as funeral director:—

WHY live miserable when you can be buried comfortably by A. DYSON, Undertaker?

But the occasion of his mother’s death as an excuse for a refurbishment of the family plot was the one time Drewy did not spare every expense. It contained a tribute to his late father who had died eleven years ago and his father’s first wife who, according to Drewy’s monument, died forty-nine years ago. The problem is, Drewy was almost certainly— deliberately— lying about the dating of certain events. 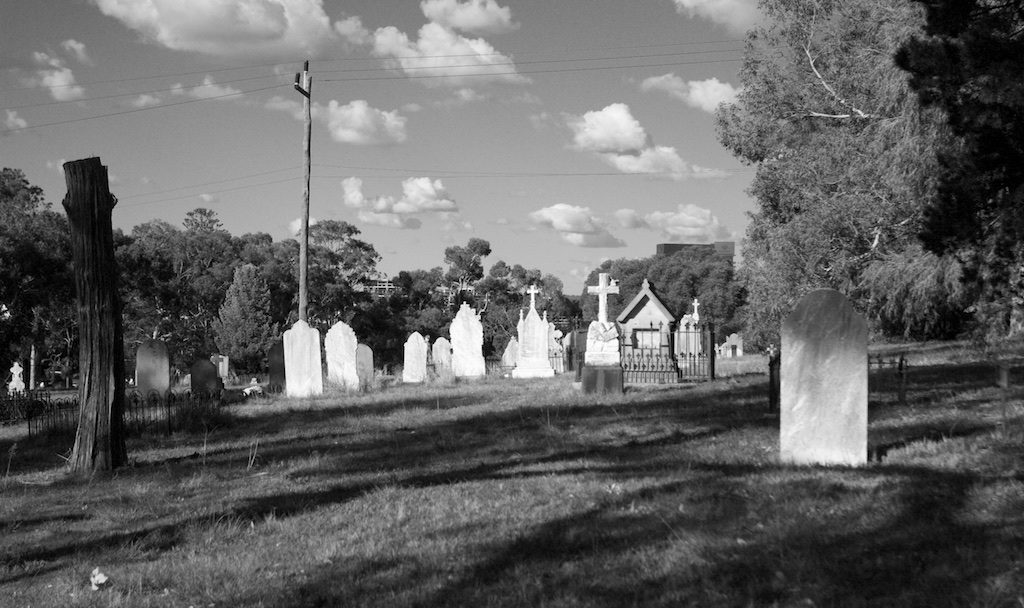 The Dyson family plot lies in the Wesleyan Section of the Old East Perth Cemetery. A stone’s throw away (but I could not condone this sort of behaviour) is the monument to George Shenton, the pious druggist, the merchant philanthropist whose story seemed to intertwine with that of the Dyson family (and every other significant family in the early years of the Colony). 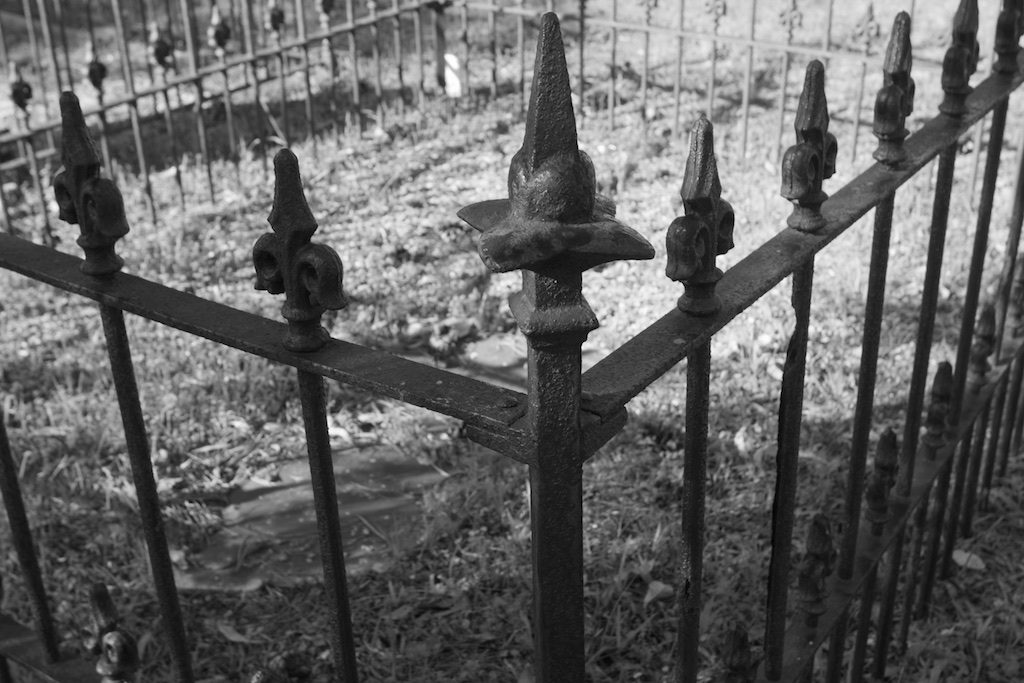 The Wesleyan Methodist portion of the cemetery was not inaugurated until 1854, so, as the helpful guides from the National Trust can point out to you, how could Frances Dyson have been buried in that location in 1850? 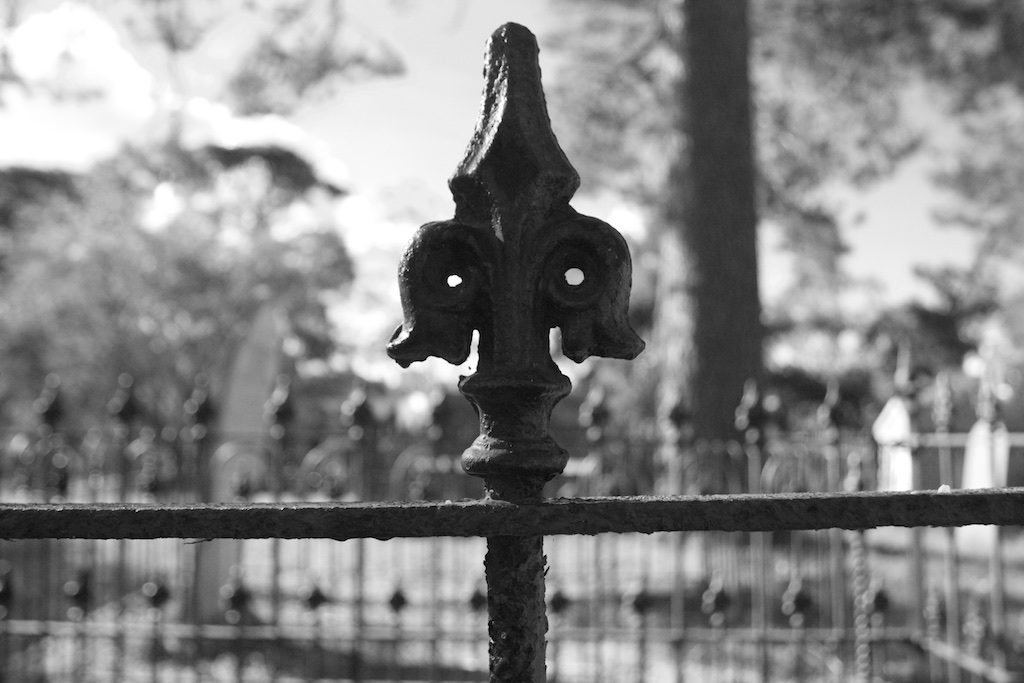 Visiting the family grave in June 2018, I was sorry to see how much the Dyson grave stone has deteriorated in the five years since my last visit:—

I hasten to stress this is no reflection on the current custodians of the cemetery grounds. The grave is surrounded by iron railings and its hard to see how it could be better protected, short of obscuring the stone entirely. The reality is that the money available for any sort of restoration is not there, and while I’d love to see all the surviving stones in East Perth stabilised, possibly something else, like reinstating marker numbers for lost grave sites— they have numbers for existing headstones only— would be more worthwhile. This way many more hundreds, if not thousands of now anonymous grave sites could be identified for visiting, providing a focal point for the pilgrimage of many more families. 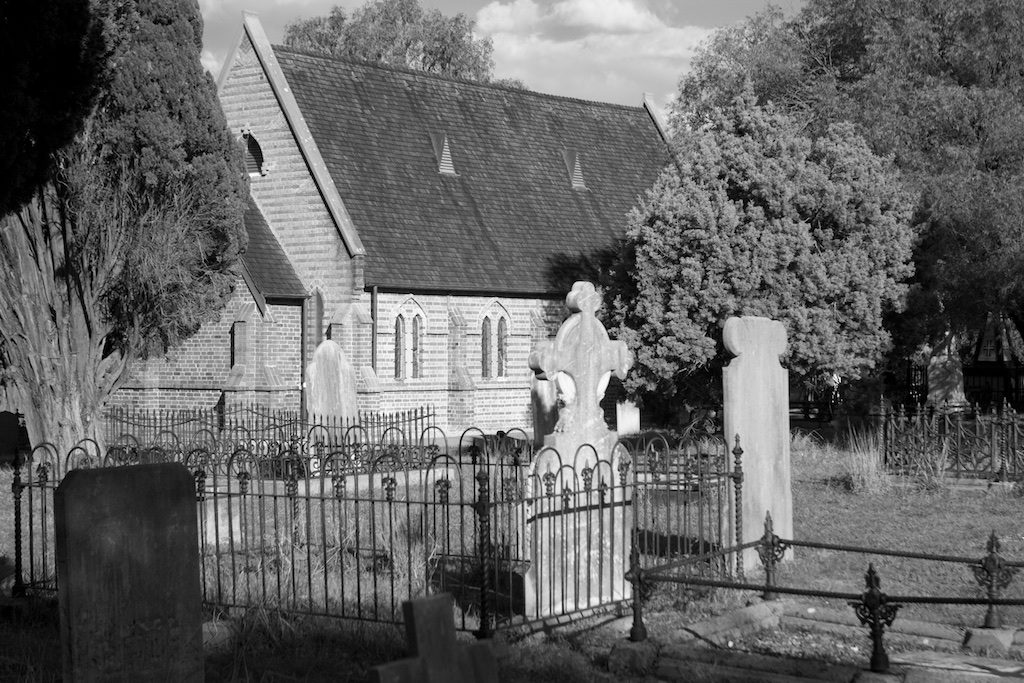 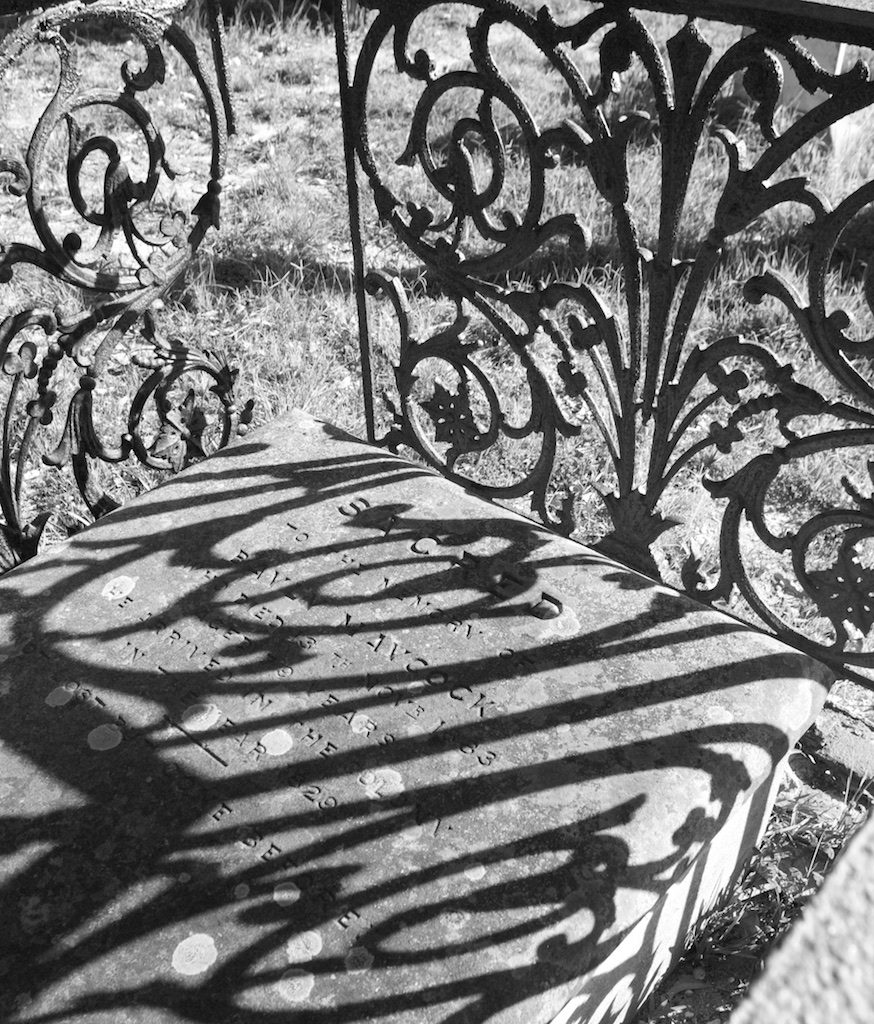 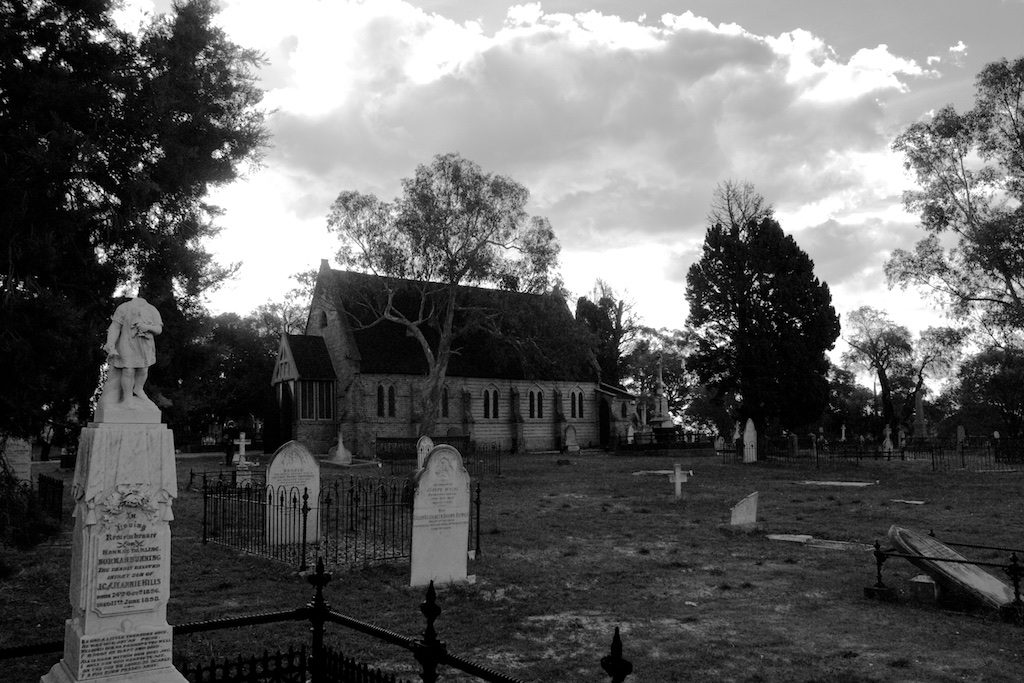 The Old East Perth Cemetery is located (surprise surprise!) in East Perth, Western Australia. It is only open to the public for a couple of hours on Sunday afternoons. There is a small admission charge. I cannot over-stress how helpful the volunteer guides of the National Trust on duty at the cemetery have been to me for my research, particularly on the Dyson family, over many years.

3 thoughts on “On Cemetery Hill”