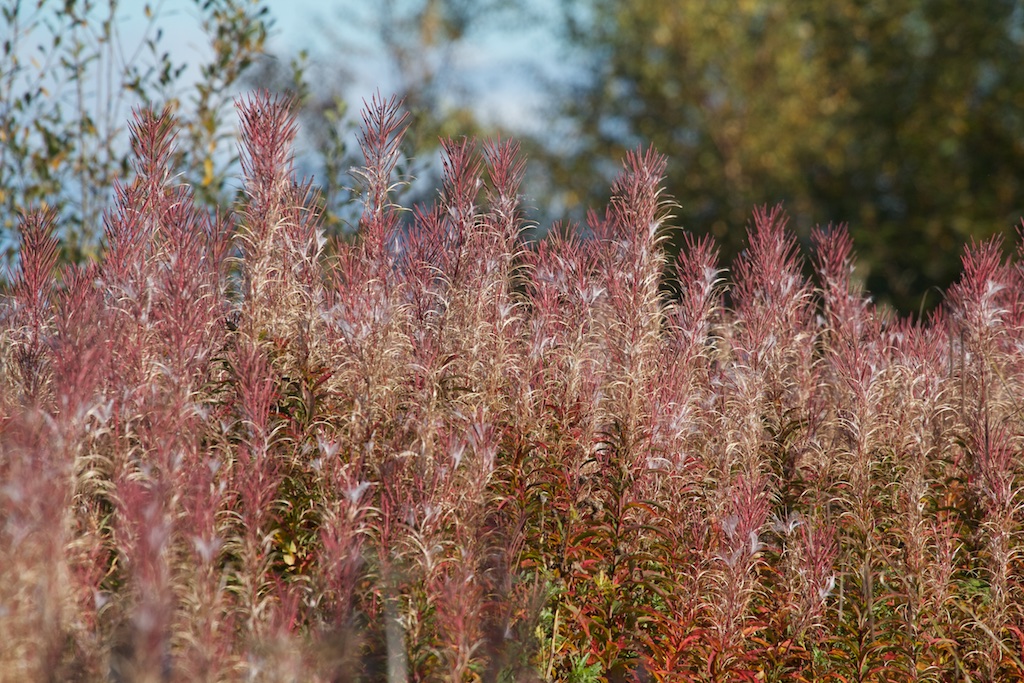 When certain members of the Dyson clan chose to deny their Lancashire heritage of robbery and mayhem, they liked to pretend their antecedents came from Scotland (As you do.) But much as some might prefer a purer lineage of cattle rustlers and street brawlers, adulterers and colourful racing identities, there is some authenticity to the professed Scottish identity of the children of Joseph Dyson (junior). Jessie, his wife, was the daughter of a Vandemonian draper named James Strutt.

Unaccompanied and single, Jessie’s mother had arrived in Australia on an immigrant ship from Liverpool when she was aged about 21. She made landfall at Melbourne on 15 March 1859. Her ship was named Monica. She had no apparent family in Australia, so some commission agent would have made a profit from bringing her out. Her name was Annie B. Brough, and on the immigration document she was listed as a domestic servant. She came from Perthshire in Scotland.

What she did for the next nine years in Australia, I don’t know, but then she married Strutt who was a good nine years her junior. Ironic then, that she out-lived him after a fifteen further years of marriage. Her long widow-hood concluded with her life in January 1901, expiring in the house of her son-in-law. She passed not just DNA but a cultural heritage on to her children, and then on to her children’s children. That was the culture of the Scottish Highlands of Perthshire (co-incidentally the adopted name of the city in which she expired). Her granddaughter Miss Dorothy Dyson (among others) was a famed Scottish Dancer. (She danced Scottish dances, not that she was actually Scottish herself.)

Tracing Annie’s life back to Perthshire, you arrive in the hamlet of Leetown, in the Carse of Gowrie. A carse is a stretch of low-lying extremely fertile country, this one being on the north shore of the Firth of Tay.

Annie, or Ann, was the daughter of John Brough, Esq. The “Esquire” part of his name implies he was something a bit more than your common Agricultural Labourer, which is what he was designated as during the Census of 1841. The census (to be fair, I’ve only sighted a transcription) also gets his age wrong by about three decades. The 1851 Census is probably closer to the mark, giving his age as eighty-four. In 1851, he is described as “formerly a carrier” and to have been born in St Madoes, which is another village in the Carse. He would have been seventy-two years of age when he fathered Annie by his second wife Janet (Jessie) Blair; who was herself nearly thirty years his junior. By his first wife he had grown sons, who presumably would have inherited any property he possessed. His second wife also pre-deceased him.

At the time of his death, aged ninety-three, Annie was one of two young daughters from his second marriage who remained single, presumably to look after the old goat in his dotage. She had just arrived in Australia by the time he died on 17 November 1859, which makes me all the more curious over what the relationship between the two actually was like. Annie had an even younger sister Margaret who went into service as a housekeeper when she was old enough. Their only surviving sibling was an older sister called Mary who married a man named Boyd. She named one of her daughters Ann Strutt Boyd (born 1871), so there can be no doubt she remained in contact with her sister in Australia. 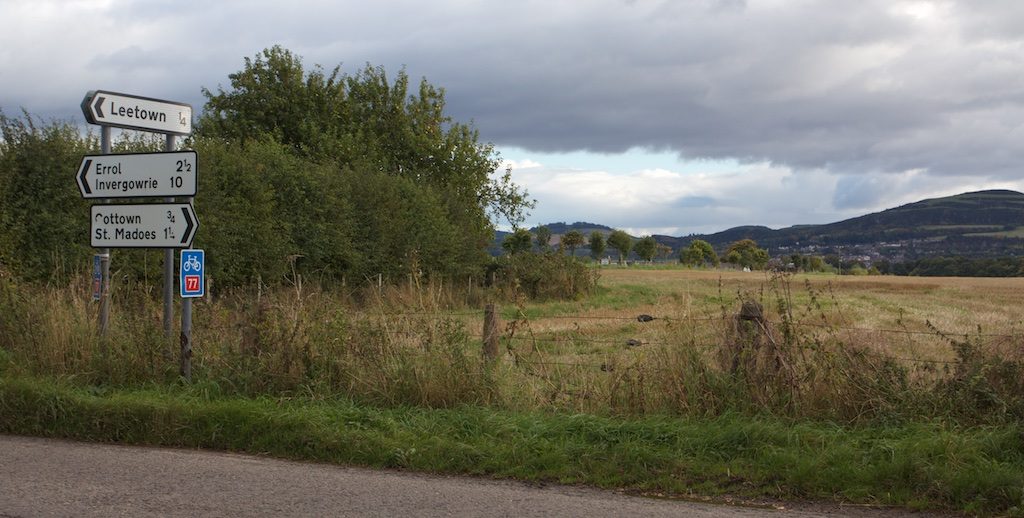 On the 1851 census Annie was listed as being born in Errol, another village in the Carse. Annie’s baptism record is missing, so the accuracy of this can not be confirmed.  Leetown is tiny; barely a row of houses. There is no store or services. The precise location where the Broughs lived I could not tell.

St Madoes is a short walk from Leetown, which is where her father was born and where the nearest church is situate. 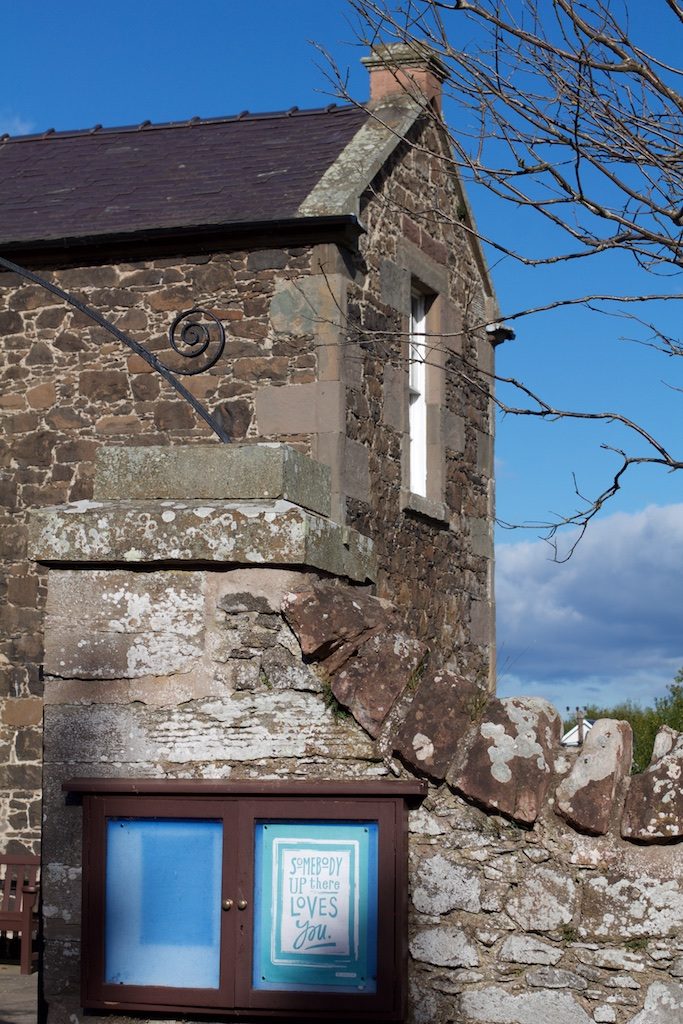 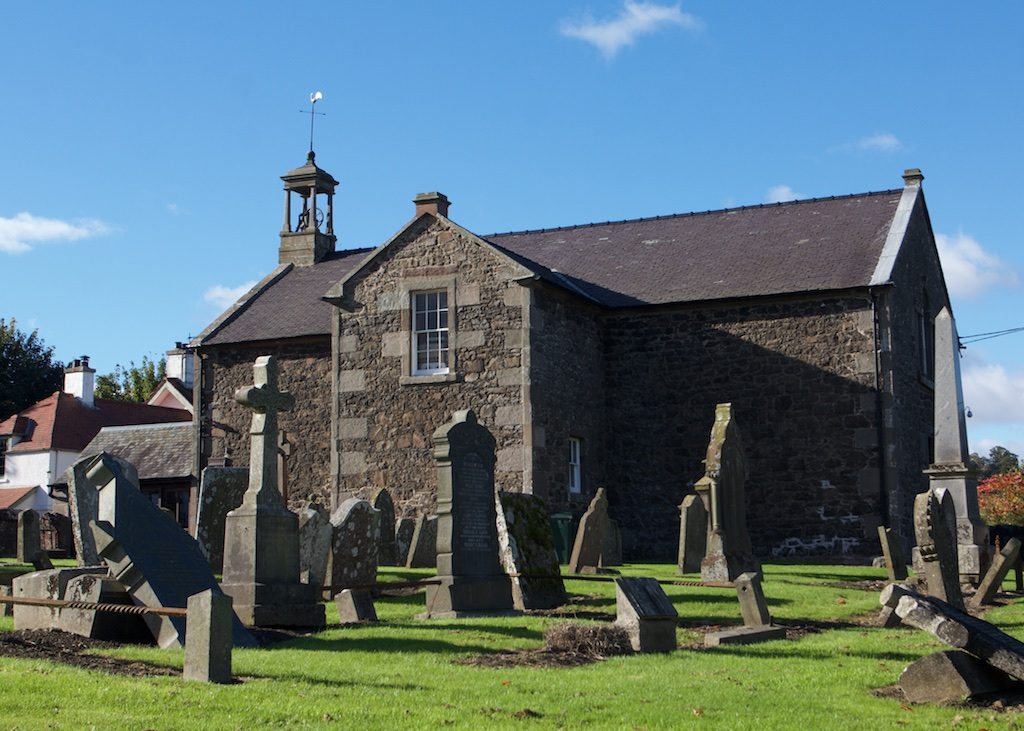 There are any number surviving gravestones that attest to the presence of the Brough family in St Madoes over the centuries, however I could not immediately identify any direct relatives of Annie.

The presence of this line of Broughs in St Madoes dates back to James Brough (or Brugh) 1694-1787,  Annie’s great-grandfather. He was married in St Madoes to a local girl, and most of his children were born here. But this James was born in the town of Auchterarder. 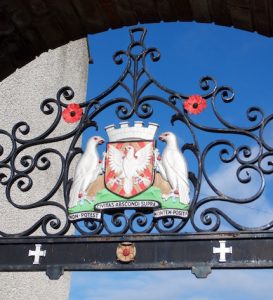 St Madoes is about 6km east of the city of Perth (the Scottish original, not the Western Australian one). Roughly 20km to the south-west of Perth is where Auchterarder lies. Auchterarder services the Gleneagles golf course, which is apparently very famous (If golf meant anything to me at all I’d be excited, but it doesn’t so I’m not). Auchterarder was known as the the “town of 100 drawbridges“, the reason why is no longer so obvious, but once, the extremely long main street (which gave the place its alternative title of the “The Lang Toun“) had deep drainage ditches on either side. The bridges that crossed the ditches to the front doors of the houses were the 100 drawbridges…

The reason why there be “drawbridges” no more, and why James Brough left the town may well be connected. Judging by the remains in the old church yard behind the town hall, the Broughs, or Bruchs were once notable identities in town. 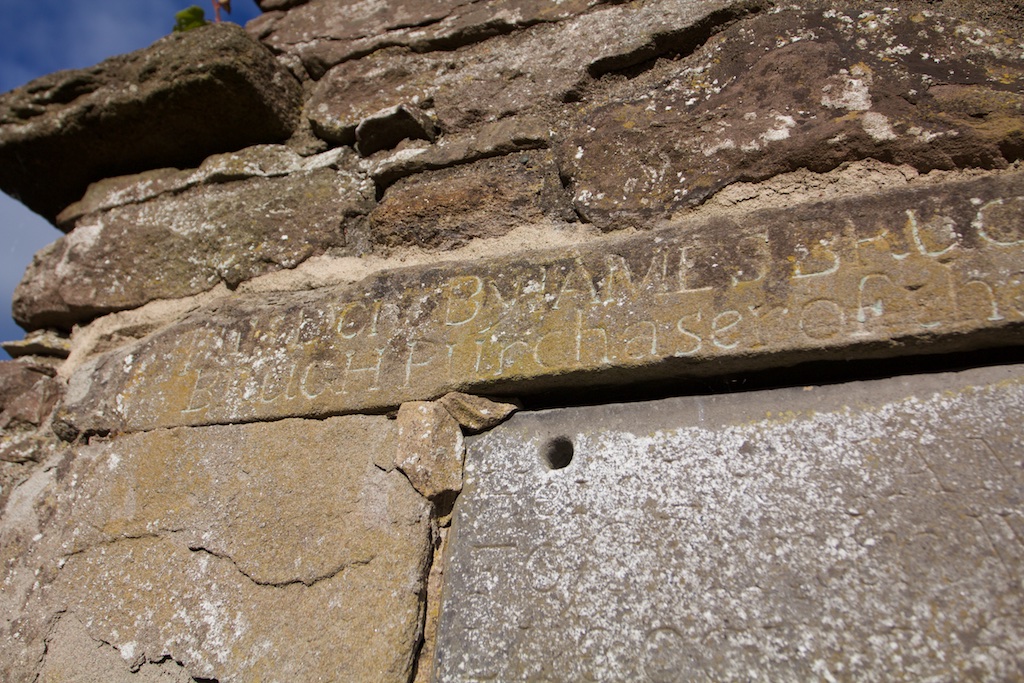 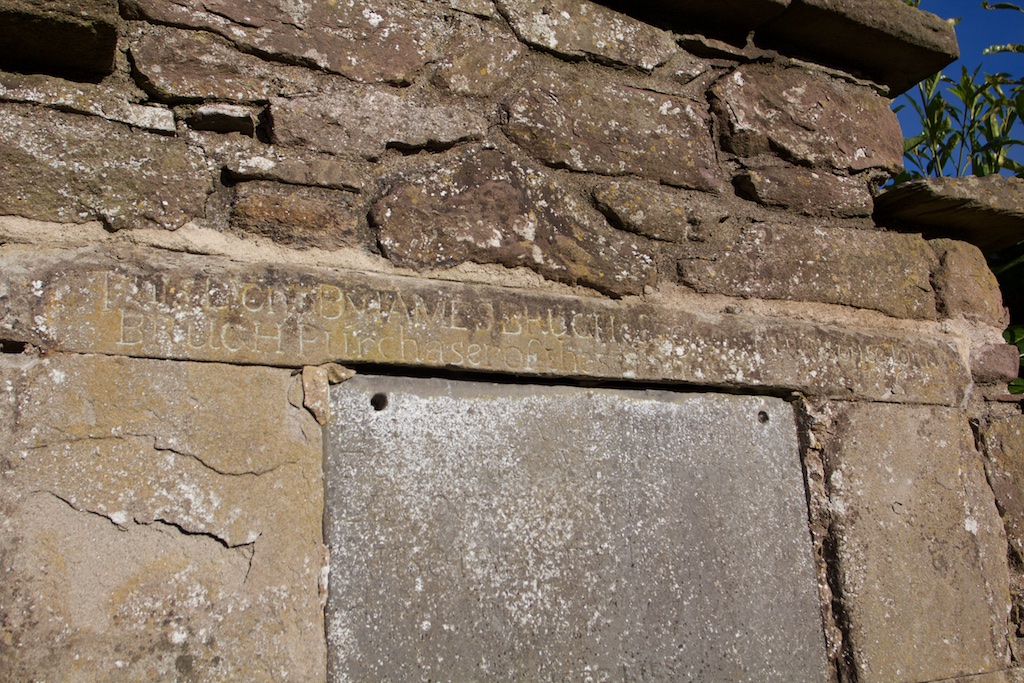 But in 1715, Queen Anne, last of the Scottish Stuart monarchs, had been dead a  year and the Scottish parliament had been dead for nearly ten. Rule was from London, and the throne was occupied by a German called George. What occurred next has been characterised as a rebellion,  but in the Scottish context can only be described as a civil war. On the government side was Duke of Argyll, leading the rebels was the Earl of Mar; ostensibly fighting for Scottish independence and the return of a Scottish King.

On 15 November 1715 the battle of Sheriffmuir ended inconclusively, however the Jacobite rebels advance had been halted despite their numerical superiority. Through that winter, they retreated through Perthshire, occupying Auchterarder and then Perth. In the height of the freezing winter they burn Auchterarder and the surrounding district to the ground. The occupants starved, froze, or in the case of James Bruch, moved to St Madoes. Was this how the “noble” Jacobite cause of which the songs were sung was actually fought? 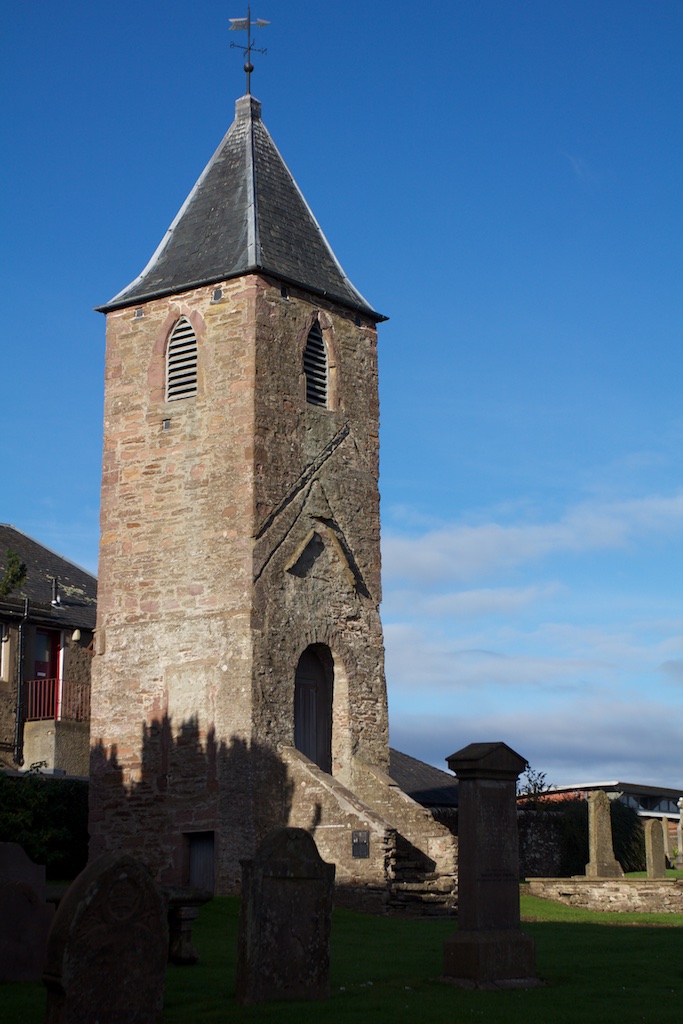 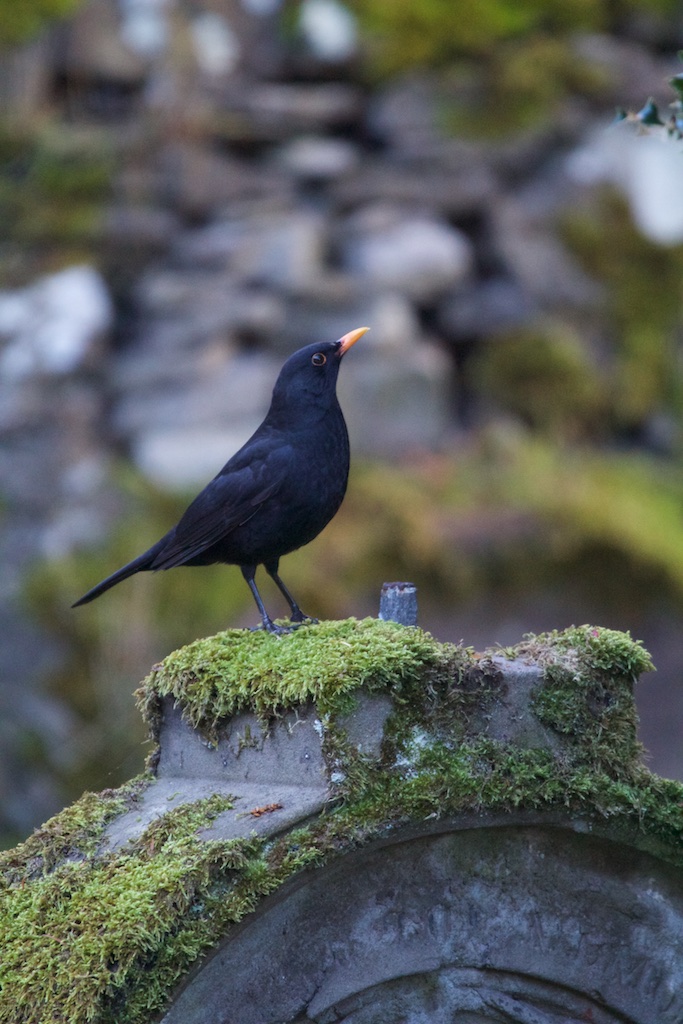