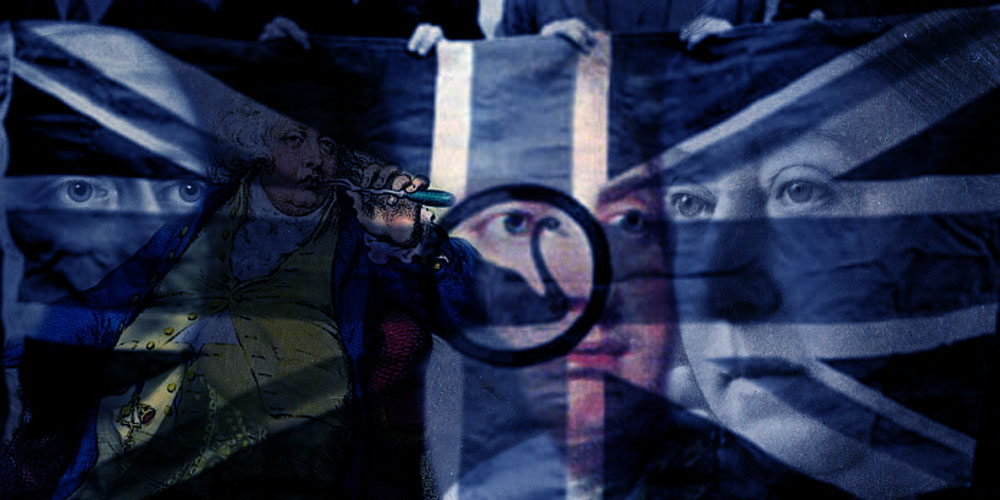 A sarcastic guide to the gubernatorial incumbents of Western Australia during the 19th Century.

Before responsible (howls of derisive laughter) government was granted to the colony in 1890, the direct representatives of the houses of Hanover and Saxe Coburg Gotha had the final word in (well) governing said territory. Its a bit difficult to remember who was in power at what time so here’s a concise-ish list.

“Huh?” I hear you ask, “But wasn’t he the tyrant and general bastard in charge of New South Wales at this time?” Yes, but he also sent a small garrison of soldiers and prisoners to found a settlement at King George’s Sound. Today it is known as Albany.

The Swan River Colony’s first leader and founder of Perth and Fremantle, but as with everything else concerning this shambolic enterprise, he was not officially appointed Lieutenant Governor until some years into his reign. Realizing he had not done enough schmoozing back in London, when the going got tough, he was on a boat back to England as soon as he could convince it’s master that they really should move. Captain Dance was worried that his wife was not well enough sail.

He left in charge his second…

He was Captain of the 63rd Regiment. His men hated him. When he fell off his horse on parade they all sniggered. When he was relieved as acting-lieutenant governor by the next ranking officer to step off the boat, the colonists burned him in effigy. He then hopped on that same boat back to Britain, but he would be return with his bible-bashing ways before too long. His successor was…

The Captain of the 21st Fusiliers  who replaced the 63rd regiment was described as a “rum sort” by a contemporary. Whether that was code for him being pickled I’m not sure, but when he was indisposed, he was replaced for a time by…

Also of the 21st. What a glorious name!

but only until the prodigal son returned three months later…

7. Captain Sir James Stirling (is back)

…armed with a knighthood and a promotion to full Governorship, he swiftly supervised the massacre of an entire family of troublesome Noongars at a place called Pinjarrah, ensuring peace for his settlers, while the other Noongar families expended their energies fighting amongst themselves to claim the spoils. The rampant rapacity of Stirlings’ favoured coterie of sycophants made little impression on Stirling as he retreated to contemplate the vast real-estate holdings he had personally amassed.

There must have been some severe sleepless nights for some over their interests when the first civilian governor took over. No one seemed to have known what to make of Mr Hutt. An isolated figure, he seemed to have got things done without at any time ever being strongly loved or hated.

Was more to the old elite’s tastes, but then he had the bad form to snuff it barely a year into his tenure. That meant…

Was back for the second and final time. He wasn’t any more popular… or competent… the second time round. His one positive legacy was the first program of universal state-funded schooling, but that was only because he hated the Catholics who were doing too well without government support.

He was a no-nonsense bastard who had no time for any of that touchy-feely human rights nonsense. He was there to transform the free settlement into a penal colony and that’s what he did. Certain members of the gentry gave his young second wife the cold shoulder then wondered why they in turn were no longer in the Government’s favour.

Kennedy was hated by the colony at large and blew an awful lot of money on a new Government house but he could get away with it because the money was actually there for a change. Money from Britain to look after convicts kept flowing in.

“Brevet” indicates that it is a temporary rank. Bruce was commandant of the Pensioner Guard. He had a house on St George’s Terrace next to the WA Bank. Fascinating, I know.

Not a nice man by all accounts. He doesn’t look anything like Sir James Stirling (right) in old age, does he? On arriving he decided he didn’t like the look of the new Government House begun by his predecessor and spent an even greater vast sum in changing it. He was a former controller of convicts in Van Diemen’s Land and had been evicted from there for bad behaviour.

Hampton left in a huff and Brucie was back in the driving seat. Even though he was only a fill-in, he felt it appropriate to oppose responsible government for his colony. Lovely.

The man with the silliest facial hair in all of Western Australian history and I realise that that is saying something. Weld arrived with the introduction of semi-representational government into the Colony and a great deal of good will. How “semi?” Well, no matter how large the number you multiply by zero is, you still get zero. That’s how much influence the newly elected members of the Legislative Council had over the appointed members and the new Governor. Zero. Suddenly Weld was not as popular any more, also his family were  everywhere.

If you’ve ever wondered why Harvest Terrace (where the WA Parliament House is situated) was so named, wonder no more.

Robinson was a popular governor, which was lucky because they kept re-appointing him to Western Australia. His older brother Hercules was governor of New South Wales. This is absolute true.

Harvest Terrace in West Perth is where the WA parliament building now lies. Harvest Road in North Fremantle is of even more vital importance to my own personal story, and I promise I will get to that part of the story one day…

After being a governor he retired to be a scientist.

He had a river named after him?

Did they ever name any landmarks after this guy? If not, why not? Some far less well regarded successors had towns named after him. Please don’t tell me Cleaverville in the Pilbara was named in his honour?

A Supreme court judge fill in.

A humane man, it is told. He supported the obtaining of responsible government for the colony and worked for it, but because he made some powerful enemies in the colonial aristocracy he was represented as all that was wrong with gubernatorial rule.

The Colonial Secretary finally gets the top job! Not to be confused with the Australian Prime Minister of the same name from nearly a century later.

It was his last term at the job, but he did get to hand over decision making power to an elected assembly at long last. I’m trying to work out whether he liked us or hated us? So Western Australia exchanged the representative of a far distant monarch for a local aristocracy headed by the Forrest dynasty. Federation could not come soon enough.

He was the Chief Justice of the Supreme Court in Western Australia and was perpetually ill. He seems to have specialised in pissing off every Governor he was involved with and took slight at every offence. But he was an ally of the Forrest clan and by this stage they ran the colony— , so he was a safe fill-in until the next blue-blood came along.

Federation is just around the corner as we bid the 19th Century (and any real relevance of the post of governor) adieu.