If you want to get an idea of what the Hobart Town of 1834, the year that the convict James Dyson arrived there – was like, you are better off  travelling roughly north about 25km from the modern city to the settlement of Richmond, once a convict depôt and staging post on the road to the north. Many of the buildings there date back to the 1820’s – before Dyson’s time – but still a place he might yet recognise were he was alive today. But it is a far more modern addition to the town that is the greatest aid to re-visualising the past: The entire CBD of the early colonial town of Hobart has been recreated in a large scale diorama as a tourist attraction. 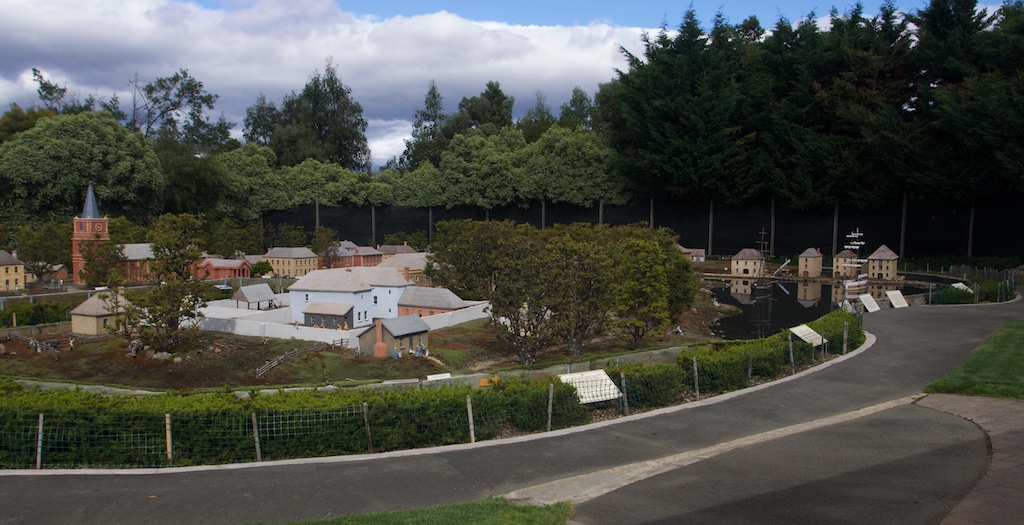 Much like the city of Perth, Western Australia, although not quite to the same ruthless extent, Hobart was greatly redeveloped in the twentieth century and most of her early buildings are gone. Both settlements experienced massive foreshore reclamation projects which have utterly changed the landscape around their earliest hubs of settlement. 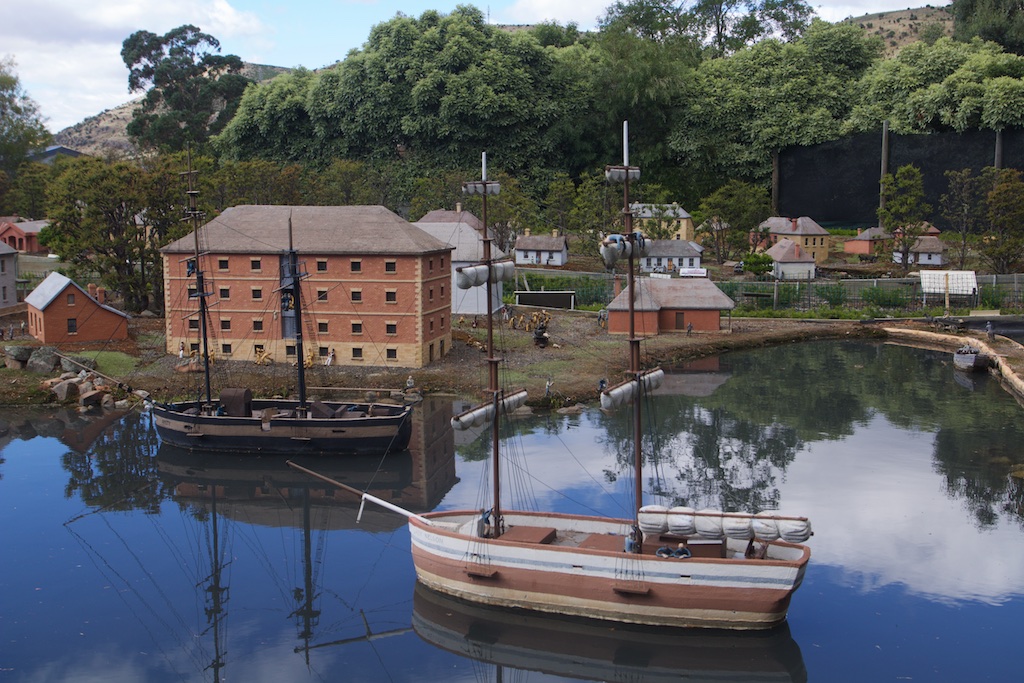 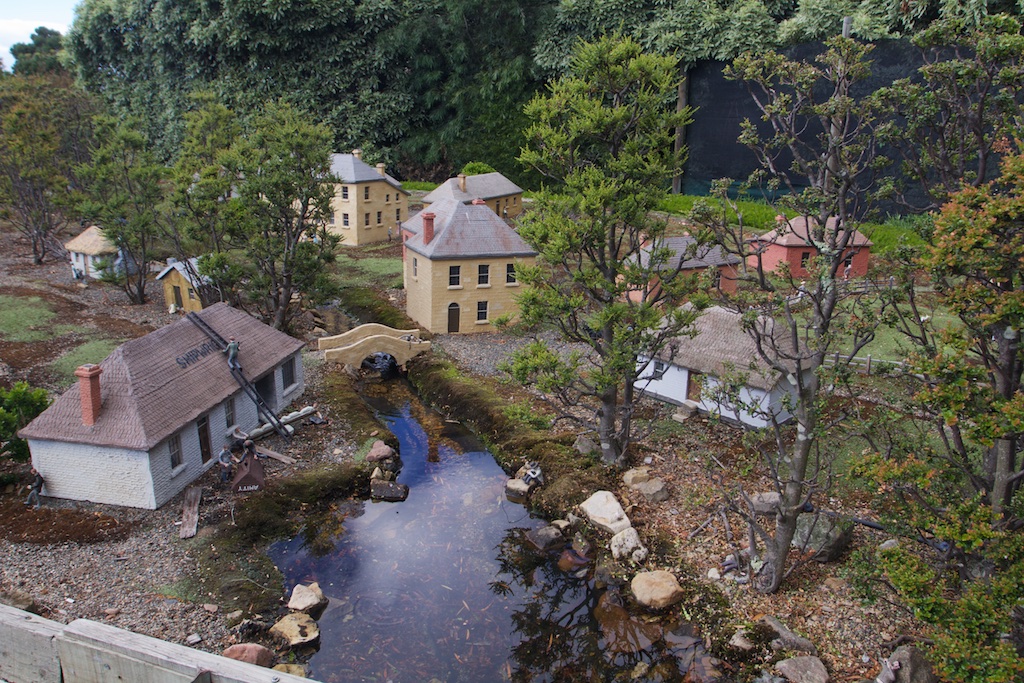 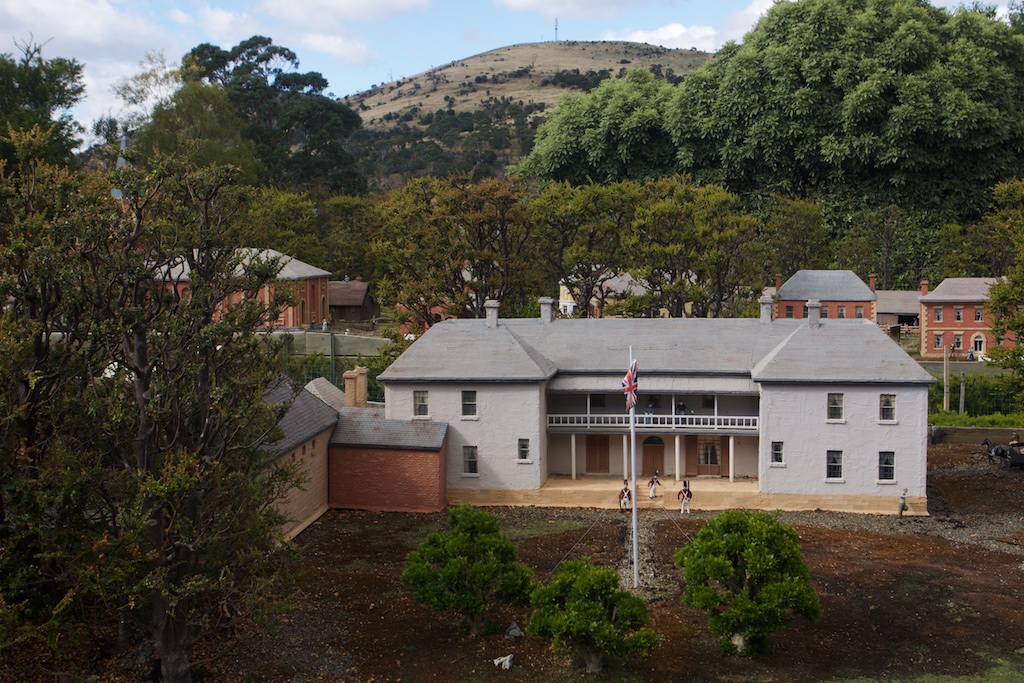 The Old Hobart Town Model Village, although it is also a recreation of the 1820s period, reconstructs some of the key buildings Dyson must certainly have stepped inside, if he did not also shuffle past them in chains during his time on the road gangs. Needless to say, the Hobart Gaol is one such long vanished structure. 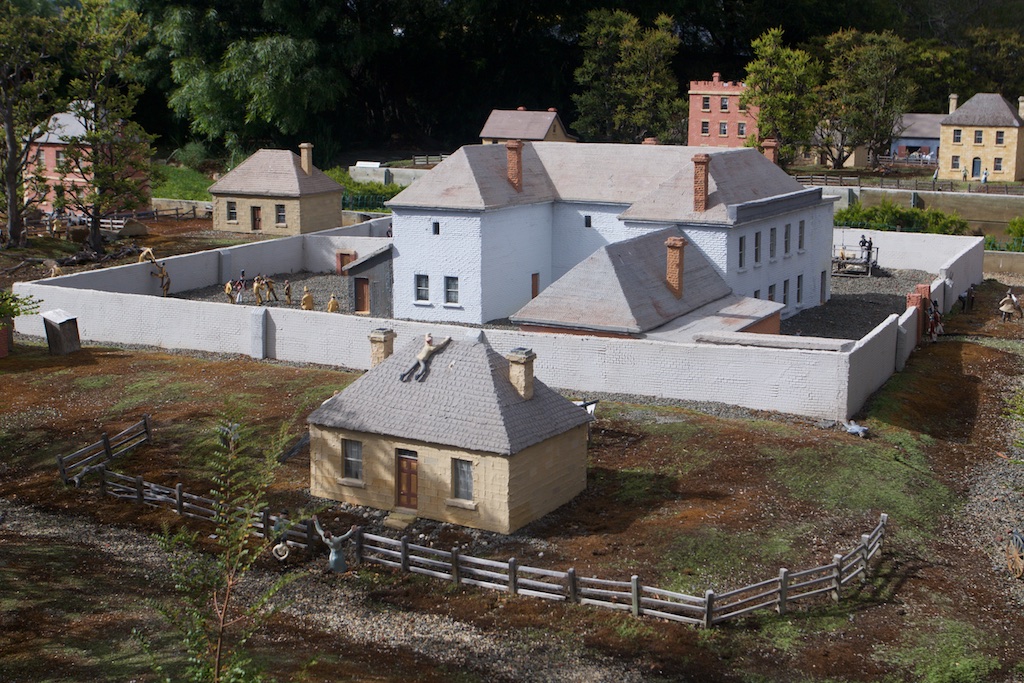 Back in Hobart, the State Museum and Art Gallery is housed in one of the few surviving complexes that Dyson might have seen with his own eyes. It was once the Government Commissariat stores, a Custom house and Bond warehouse. It would have been one of the first places Dyson would have seen when he was marched off his convict ship on 9 May 1834.

Since the formation of the Colony, no vessel has ever brought out so many persons as the Moffatt. The number of convicts on board, comprising the prisoners, crew, passengers, guard, &c., is not less than 490, vis:—Convicts, 393 ; crew, 55 ; Military, 35 ; passengers, 7, not including children. She is 821 tons burthen.

But he would not be seeing Hobart Town at it’s best, only a few days before a violent gale had hit the town, stripping the lead from the tower gutters of St David’s Church. This original church has long since gone, except in model form: 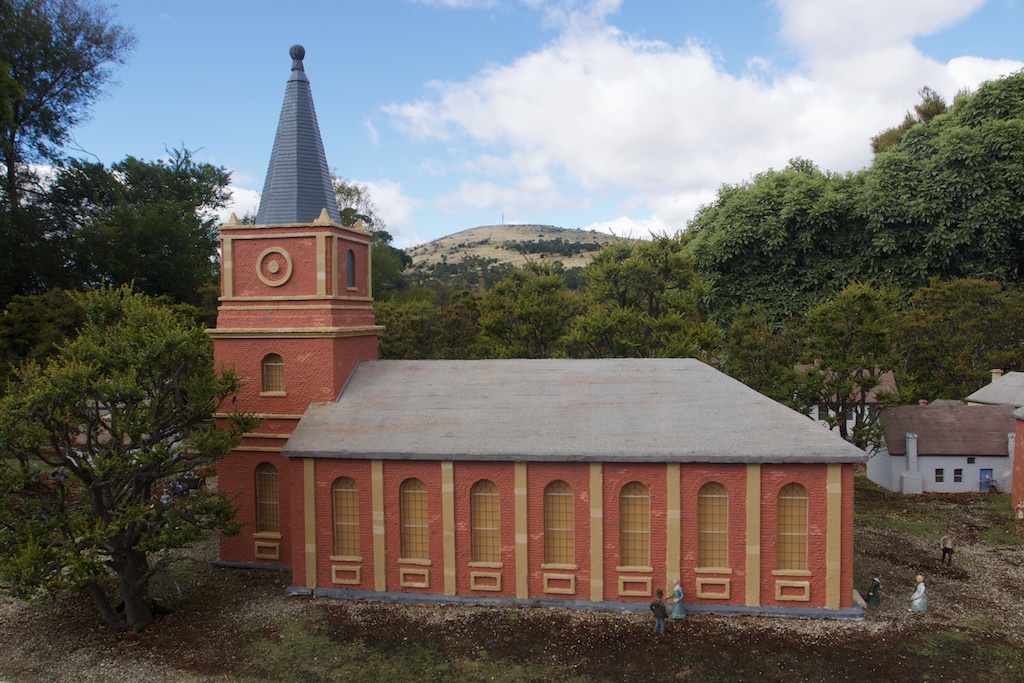 The other significant surviving convict structure in Hobart that Dyson would have been all too familiar with would be the “Tench” or the Van Diemen’s Land Prisoners’ Barracks Penitentiary. 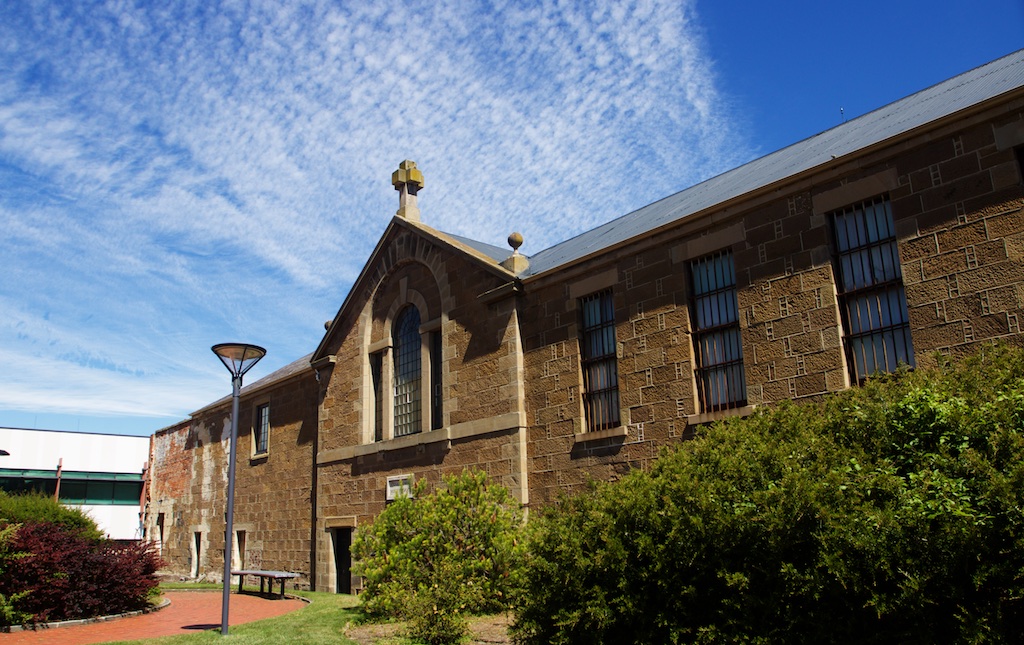 The surviving structure consisting of a chapel built in 1831 to service the spiritual needs of convicts housed in the adjacent gaol and barracks. These barracks must have replaced the earlier gaol as was represented in The Model Village.

I would have loved to have visited the “Tench” in Hobart during my first and only visit there in January 2017, but the museum was closed that day. I might have then a clearer idea about which building was being used when.

Since 1826, in whichever buildings those functions were carried out, the superintendent of the prisoner’s barracks and later, the gaol in Hobart was the one-armed Lt. William Gunn. He had lost that arm in the fight against the gang of the most notorious bushranger and runaway convict Matthew Brady, who was hanged that same year. For some unknown reason in August 1836, James Dyson did not return to the convict barracks for an entire night. Gunn ordered him to three weeks hard labour in view of the Town Surveyor’s Gang.

https://www.abc.net.au/news/2021-03-31/old-perth-unearthed-in-new-curtin-hive-photo-database/100036426
This is going to be so incredibly useful.
I think I'm going to have to get back into model making very soon!