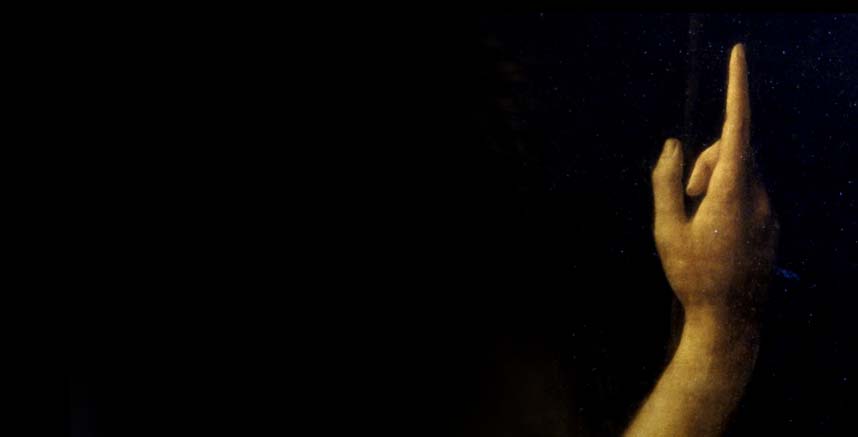 The government has censored our vital documents!
Read what has happened here.

A bit over a decade ago I was recording a corporate video out on the Burrup peninsula up in the Pilbara region. Without naming names — myself and a young aboriginal film-maker were supposed to be filming some of the rock carvings for which the region is famous. We were to visit a site controlled by a certain big resource corporation. I had to talk to a minion of that company to finalise the details of access to this site. This dickhead told me that while the company would be fine with me being out there, they wouldn’t allow my aboriginal colleague out with me. According to this white guy, it would give great offence for my colleague, a local man, to see certain rock carvings.

Offence to whom? Not apparently, to me — also a white guy — who had only been there for a few months — and wouldn’t have known what was restricted or not — and would have filmed everything he had seen, then rebroadcast it unknowingly. Offensive to the local Aboriginal community? My colleague, although then a young man, was also a member of that same community and had been initiated into the Law.  This meant he had been extensively tutored in the customs and laws of his culture by his Elders. So were “they” protecting him from the trauma of seeing something that might be personally offensive to him, or were “they” protecting someone else from being offended that he might have seen something that they felt he was not entitled to see? Who the hell were “they?”

The situation was— ostensibly to “protect” feelings — an untutored white guy would be given access to an Aboriginal sacred site but an educated Aboriginal person would be barred. “I” was offended by this development. Needless to say, after I reported this situation to the Aboriginal boss of the Aboriginal media organisation I was then employed by, we did not go filming out on the Burrup that day — or the next.

This was my first proper introduction to the casual unthinking institutional racism in this State that my co-workers had to endure on a day-to-day basis. Petty discrimination enshrined in the very rulings that were supposed to protect their “feelings” even as it barred them from accessing their own country. But unknown then to me, at the same time, something just as insidious was taking place nineteen-hundred kilometres to the south. In the city of Perth, Western Australia, a programme was in place on to digitise all the official records of Births, Deaths and Marriages from the time such records were started in 1840’s until the present.

When you order a duplicate of an original certificate you will receive (provided you have not asked for a transcription) a very dark single colour reduction of the document printed on patterned and coloured paper. Not being in grey scale, the black and white image will be so small as to be nearly (if not actually) illegible. In the case of death certificates, it is sometimes possible to compare the modern scan to the original by calling up the micro-filmed photographs of the Probate files of that particular individual (if it exists). These microfilm records can be accessed FOR FREE at the State Records office next to the Alexander library in Perth. Take a USB drive along if you want to make a copy.

Here is an example of a purchased digitized record and one from the microfilmed source. You may judge for yourself which is easier to decipher:—

“Any alteration of the substance of this certificate will render the document valueless. Any person attempting an alteration is liable to prosecution”

This slogan is printed on the bottom of the officially issued, certified copy of the duplicated original register. Fair enough, you could falsify someone’s identity by changing these documents. However that is what some faceless bureaucrats have been doing between 2004, when the digitisation process started, and 2015 when it was concluded. Although it wasn’t formally required, many certificates have (up until the nineteen eighties when it became obligatory) listed whether the child being registered was aboriginal or not. Historically, being considered being aboriginal in this state meant that you would be discriminated against— you could be arbitrarily removed from your parents or your children could be taken away from you. Your wages could be confiscated from you if you worked, or you could be paid nothing at all for the same, or gaoled for refusing to work. Your property rights would not be respected and you could be randomly killed in the street or in judicial custody without any notice being taken by the authorities at all.

It is these same “authorities” who have decided that being confirmed as “aboriginal” on a historical birth certificate is “offensive” to someone. I ask the question again: To whom?

I will not speak on behalf of who, or who does not, claim to be offended by being described as “aboriginal,” or whether they have the right to be offended (or not) at all. A lot of the past  can be deemed offensive—That does not necessarily make it untrue. If some offensive remark does prove to be factually false, how on earth can you learn to understand the mind-set of the culture that uttered such a falsehood when the evidence of their malfeasance are suppressed because evidence of that lie might be “offensive”?

But to move on to a subject I do feel qualified to quantify my disgust thereon:— It is not just Aboriginality that is being censored on these government documents that it is supposed to be a criminal offence to tamper with: “bastard”, “illegitimate” and “incinerated” are all words on the redacted list. There are probably other interesting terms as well that we don’t know about because we haven’t been told that they are no longer there.

There is only one thing left to say:—