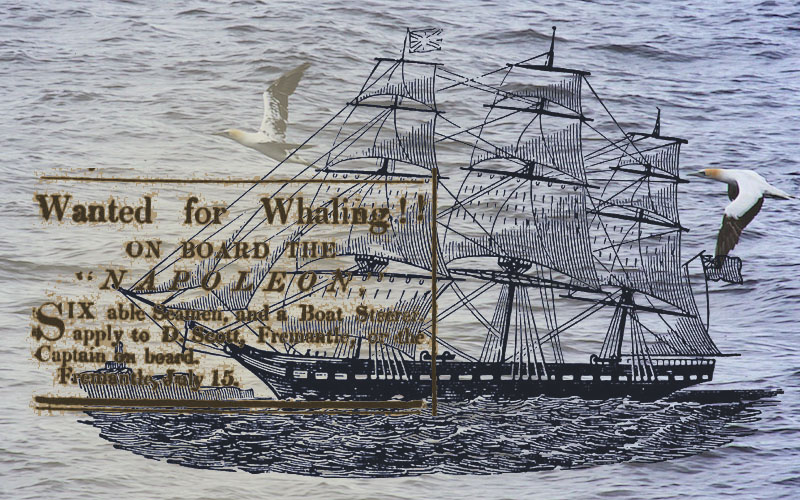 Muddying the waters on the good ship Napoleon

I should be clear from the start, I committed to to my belief that James Dyson, the future merchant, land owner and Perth city Councillor was once a convicted felon who was sent from the land of his birth to serve out a seven year sentence in Van Diemen’s Land. Only then did he transport himself to the Free Colony of Western Australia to start a new life, some time in the year 1841. Having made this commitment clear, I have to acknowledge that my article of faith is based on a steady accumulation of circumstantial evidence and that there is a present no one piece of direct evidence linking Convict Number 931 with the son of Joseph Dyson, mill owner of Lancashire. There is however, a node in Dyson’s personal story, where the possibilities of “was he” or “wasn’t he” converge. The question then arises, was James Dyson then a sailor?

On one subject all the sources agree,— James Dyson arrived in Western Australia on the colonial barque Napoleon, sometime in 1841. If he arrived in January, he came straight from England and was not a convict. If he arrived in July from Launceston, he most probably was. The difficulty with the January arrival is that a passenger list exists for this voyage, and James Dyson is resolutely not recorded among their number, not as a passenger at any rate; there is no listing of the crew…

For the March departure of this vessel from Launceston to Fremantle, the manifest is not nearly so comprehensive. No mention of steerage passengers at all, although this is not unusual. So in summary, while Dyson may have been an unlisted passenger on the second voyage, there is also an undocumented space in the record for him to have been a crew member on either voyage of the Napoleon. Unlikely as I believe this to be…

A correspondent, writing of the late Mr. James Dyson, who had resided in Western Australia for nearly fifty years, and whose death we recorded last Tuesday, says: — James Dyson was born in Lancashire, in October, 1810, and arrived in this colony in the early part of 1841, in the barque “Napoleon.” […]

or something else entirely?

Captain Daniel Scott was owner of the Colonial Barque Napoleon, and sailed with it on its journey from London to Fremantle. As part-time Fremantle harbour master and full time colonial entrepreneur and merchant, Scott definitely deserves an article all of his own. But unlike the man himself, this time he is going to have to share. While he was the co-owner with a Lancashire consortium of businessmen (Ooh, is this a link?) he was not the vessel’s master. That honour belonged to a Captain Rutledge, who like Scott, also brought his family with him out to Australia on the Napoleon.

Western Australia had been in the perpetual economic doldrums virtually since it’s establishment as an independent colony in 1829, and that was certainly the case in the early 1840s. For a number of years the great hope was whaling—The lucrative (and equally unsustainable) oil extraction business of the 19th Century.

When the Penal Settlements of New South Wales and Van Diemen’s Land were founded in succession by the British Government, in order to thin the Jails of England, which teemed with Criminals; the Colonies suffered much privation for many years, although supported by a large Crown expenditure. It was not till the leading Merchants &c. directed their attention to the Whale Fisheries that the Colonies began to erect their heads and breast the waters manfully ; THEN, the first dawn of prosperity beamed upon them with its golden hue[…]

The editor of the Swan River Guardian was actually one of Scott’s mortal enemies, so the ongoing purple prose, while mentioning the two on-shore whaling concerns that had recently been established, conspicuously failed to mention Scott was an investor in one of them. Neither of these companies were particularly successful. The Fremantle Whaling Company’s principal legacy is the tunnel carved under the Roundhouse on Arthur’s Head in Fremantle. This was the company Scott had invested in. The other outfit, the Northern Fishery Company was based on Carnac Island just off the coast. It also has a slight connection to James Dyson’s story. On 4 July 1837, six men were lost when their whaling boat was caught in a storm; a grievous loss for a settlement with so few population to spare. Two brothers died in this disaster; John and William Hyde were elder brothers to Stephen, who would later be James Dyson’s next door neighbour in Perth, and witness at his marriage.

Even as this loss was being processed, plans were underway to take the nascent industry to its next level:

A MEETING will be held at Hodges’s Hotel, Perth, on Monday next, to form another whaling company, on a more extensive scale than either of the two companies already established. It is proposed, we believe, to raise £3,000, in shares of £25 each, and to send this sum home for the purchase of a ship. It is much to be regretted that the amount cannot be as advantageously had out in building a vessel from our colonial resources.

Whaling ships already plied the West Australian coastline, and had done since before the colony was even established. The problem was, these were American ships from the US of A. Not a fraction of the take was returned to the colonial coffers and even the exorbitant harbour charges (collected by Mr Scott for a commission) merely induced them to found their own resupply depôts about the south west coast. To muddy the waters even further, one of these whalers who made frequent visits to Western Australian waters was also called the Napoleon. (WTF?)

Daniel Scott’s intentions for investing in the British vessel of the same name are not straightforward. In 1841 the barque Napoleon was eight years old, had been built in Jersey, and had plied the English Channel between that island and London. The ship had a re-fit in England before it sailed to Australia. She was capable of carrying 250 tons of cargo, the purpose of her arrival in Launceston in March 1841 was represented as collecting supplies for the new Western Australian settlement at Australind. During the Napoleon’s unexpectedly long lay-up in Launceston she was still being advertised as cargo and passenger transport, even while she was being re-fitted for whaling purposes. 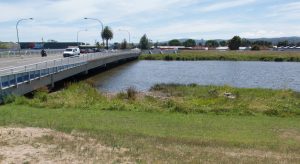 During this period of over two months, it becomes evident that being part of Captain Rutledge’s crew was not an occupation one could walk away from lightly. James Bannister was the ship’s cooper’s assistant. He was convicted of absenting himself from his vessel without leave and served ten days hard labour on the tread mill in the House of Correction for his pains. Would James Dyson have joined such a crew?

July in Western Australia, when the Napoleon finally returned, was out of season for whaling. The unproductive time may have weighed heavy on the crew, for in October another sailor from the Napoleon was convicted of stealing a pair of boots and other articles belonging to the ships’ owner Daniel Scott. He was sentenced to three months hard labour.

Rutledge got in one cruise up the north western coast of Western Australia, but returns were disappointing and on his return to Fremantle  he was summarily sacked by Scott. Rutledge sued Scott. On 16 March 1842, officers and crew were required in court to be examined by the Commissioner. The Civil Court trial was held on 20 April 1842. Rutledge lost and immediately left the colony. The editor of the Perth Gazette was irritatingly coy about the matter, but he was a crony of Scott, as was the justice who heard the case:

“…We refrain from giving the partial evidence adduced in this case, but cannot avoid expressing our regret that the case should be brought before the public. “

The old Swan River Guardian and it’s editor had long since been run out of town. They would have covered the matter in meticulous detail, and then we would have known: Had James Dyson been one of the crew members who gave evidence?

Nicholas Groves, the First Mate, was now promoted to master of the Napoleon by Scott on 3 March 1842, the new log book started this day survives and states the rest of the crew were not very happy about the change of command. Two days later a new contract was signed between Scott and those willing to remain with the ship. James Dyson’s name was not recorded among those who did so, nor is he mentioned in any part of the log transcription held by the Battye Library, Perth.

The Napoleon as a whaler was mercifully unsuccessful over her brief career. She sailed from Australia in 1845 and out of the records.

James Dyson on the other hand, appeared in the official records of Western Australia for the first time on 25 October 1842 —on the occasion of his marriage.

His nautical service, like his convict service, not conclusively proven.