Bristol, England at dusk on an evening in November 2015. The pops and bangs were very loud and seemed to be right outside of the tiny bedroom I was staying in. It was right outside my window and I was bemused on investigation to find that a collection of children and their parents were setting off full-blown fireworks in the lane-way outside. 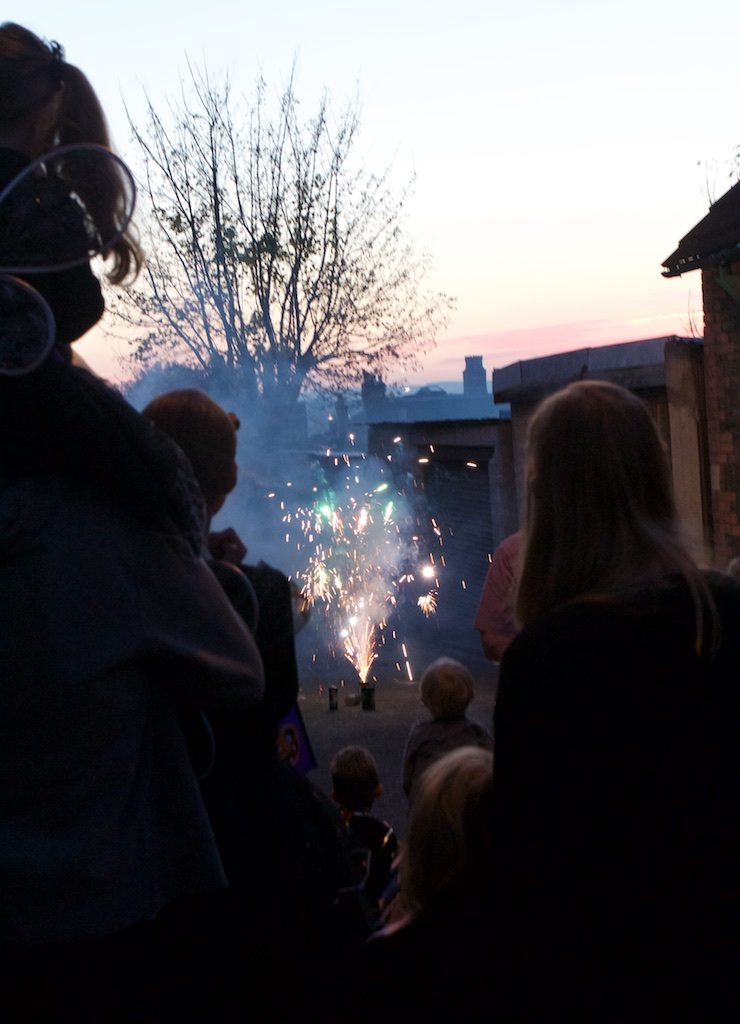 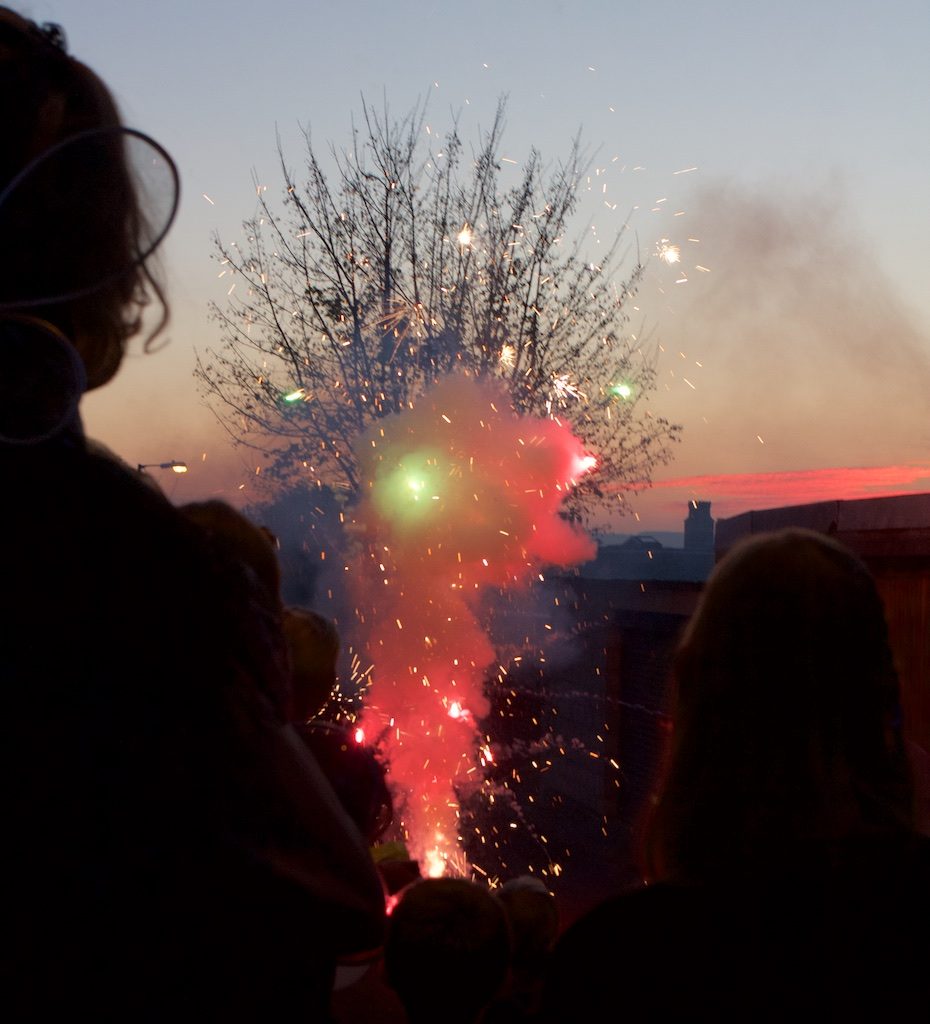 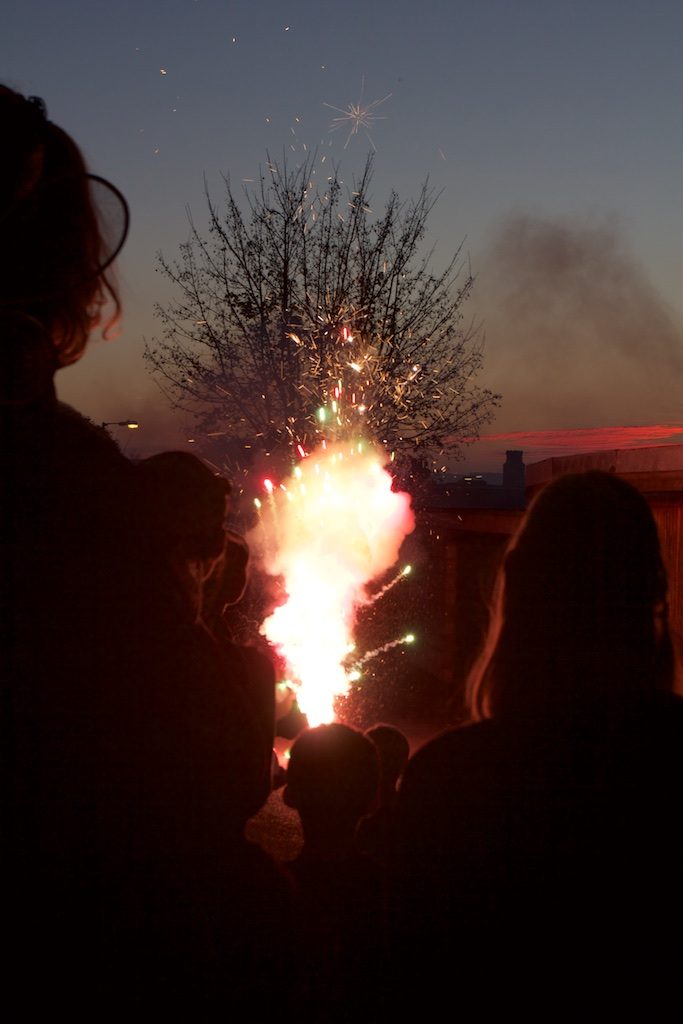 Fireworks Day, or Guy Fawkes Day, or (as it was initially celebrated as a public holiday after 1605), Gunpowder Treason Day, has not been a feature of Western Australian life for at least a generation, and really has passed out the common memory here. I can not ever remember a time when personal fireworks have been legal, and nor should they be. In the dry heat of an Australian November spring, it would be like saying personal nuclear weapons are perfectly safe and socially acceptable.

Knowing a little bit about the history of Guy Fawkes also made me wonder why this was still an event in England, even with the rebranding to Fireworks Day. Elsewhere in that country would still have been bonfires burning, and on many of the pyres the effigy of the eponymous Fawkes would still be combusting.

For centuries, November the fifth was the official “We all hate the Catholics” day within the British Empire. If you doubt this, look at the calendar of public holidays gazetted in the then newly formed Colony of Western Australia back in 1833. Jesse Hammond recollects back fondly on his school days in Perth in the 1860’s when the Government School boys would fight running battles in the streets with the boys from the Catholic school. On one occasion the local magistrate intervened: He offered three shillings for the winner of that particular brawl…

Hammond reckoned it was all good clean fun, and no-one got hurt—apart from those who did, I suppose.

The original Guy, or Guido, Faulkes had indeed been part of a conspiracy to blow up the English houses of parliament in 1605. There can be no real doubt of his involvement, he was captured in the cellar under the building guarding an enormous cache of gunpowder. Nevertheless he was privately tortured in the Tower of London for some time afterwards to obtain the properly signed and sealed confession that was felt to be necessary before he could be publicly tortured to death. Here are his famous signatures pre and post-interrogation:

Fawkes cheated the executioner’s meat hooks by falling off the scaffold and (accidentally?) breaking his neck, just prior to his legal strangling on the 31 January 1606. But he was destined to be burnt in effigy in perpetuity, every November for the rest of history. Burning had been the preferred method of dispatching heretics (ie: non Catholics) during the reign of the last Catholic monarch England had known prior to the reign of James I (who Fawkes had planned to detonate). If Fawkes and his conspirators had succeeded, the whole of the English ruling class would have been gone overnight. The ramifications of what would have ensued are pretty much impossible to calculate. I suspect the civil wars that would tear England, Scotland and Ireland apart thirty years later and cost the head of James’ useless son Charles, would have commenced a generation earlier. It was by no means certain that the Catholic restoration that the gunpowder conspirators desired would have been the final outcome.

But the discovery of the Gunpowder Plot in the very nick of time was a propaganda coup for the administration of the new-ish monarch of England, James, who prior to inheriting this throne in 1603, was (and continued to be) King James VI of Scotland (His own father had been assassinated in a bombing when the future monarch was only 8 months old). The newly proclaimed national holiday was initially celebrated by pope-burning in effigy, but eventually Faulkes would top the pyre on most occasions. In Northern Ireland, the Orange-men could parade through the streets in a “fuck-you” to their next-door neighbours, glorying in how they had stripped them of their political, property and economic rights in the name of religion (then be appalled when stones, and then bombs were thrown back), but for the rest of the British Empire, there was Guy Faulkes.

So it was, in the most loyal British Colony of Western Australia, in Perth, on the 5th November 1900 that my great-grandfather was born, and in memory of a day established to remind everyone of the Protestant supremacy over a hated and persecuted Roman Catholic minority, his parents named their first-born child after a religious extremist, convicted terrorist and would-be-mass murderer.