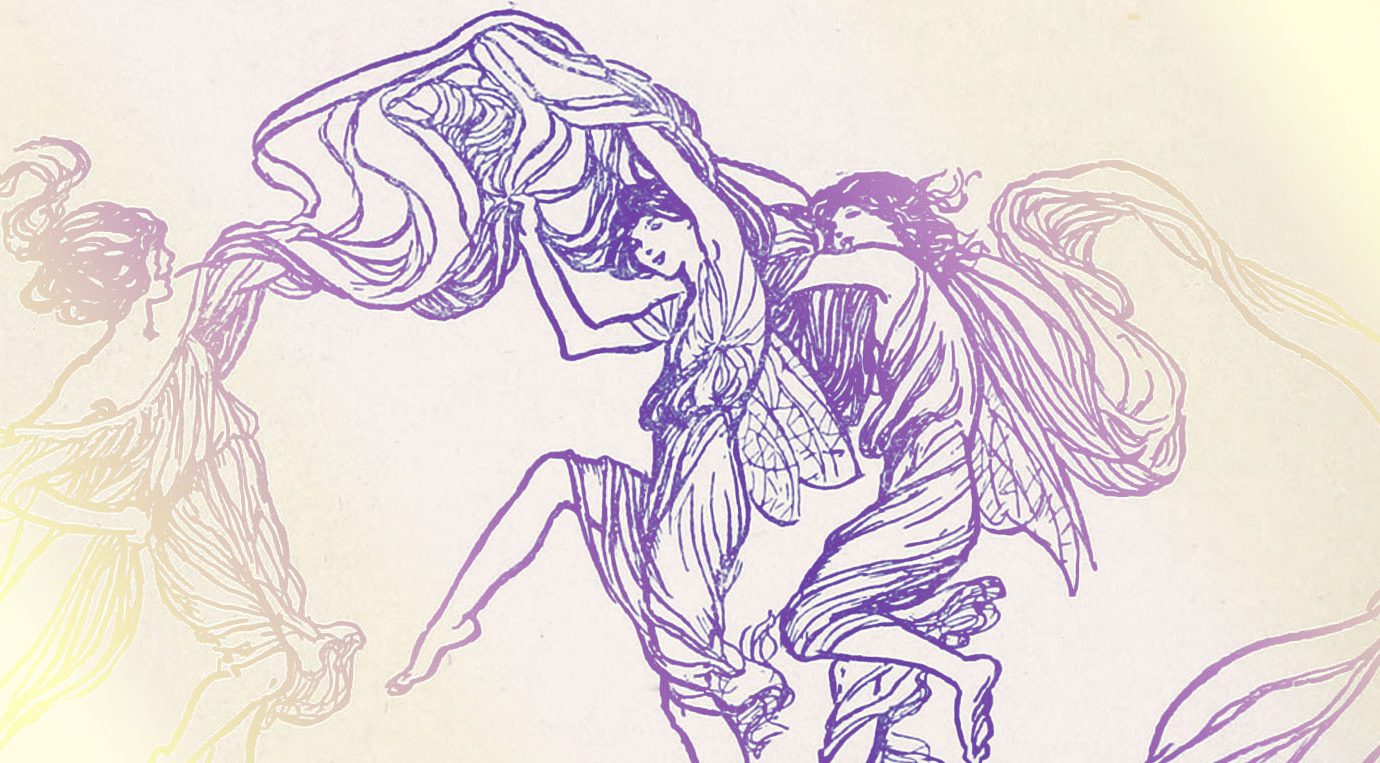 My sister asked her Miss Nearly-three what sort of cake she would like for her impending birthday. Her mother hopefully showed her a picture of a cake in the theme of her new all time favourite television show “Bluey” (her psychopathic devotion to “Peppa Pig” having waned of late).

… And in that moment the family circle was complete.

“I’m THE GOOD FAIRY” she snarled.

It was a performance never to be forgotten.

But the family’s connection with the sylvan world went back much further than my mother’s generation. Her paternal grandparents both died before she was born but in their day they were great socialites and hosted many genteel garden parties at their Fremantle residence somewhat incongruently situated opposite what at the time was a very much operative Fremantle Prison.

On more that one occasion musical items were performed by and for the guests. One such diva of the vocal variety graced her audience with a standard made popular by Hollywood actress and performer Beatrice Lillie during the 1920’s called “There are Fairies At The Bottom Of My Garden” penned by Liza Lehmann. The whole concept of fairies had been popularised a decade before that by the pretty-damn-obvious-in-hindsight fake fairy photographs of Cottingley that completely sucked in Sherlock Holmes author Arthur Conan Doyle.

It must have seemed an appropriate choice for the venue for the Grigg family’s backyard was lushly verdant. What the singer had not taken into account was that Fremantle Councillor Bert Grigg and his wife Carrie had two young sons and that at the very rear of their Hampton street residence was the outhouse.

My own grandmother, who later married one of those two young boys, had a strange verbal tic I could never comprehend. I presumed it was a euphemism for modesty’s sake. My grandfather died months after I was born so I never got to know him. It was only many years after my grandmother had also passed that I finally discovered the truth. The outhouse at Hampton Street still stands. By outhouse I mean the bog, the crapper, dunny, water closet or shithouse.

Whenever my grandmother had need to announce she was going to the toilet, she would say: “I’m going to the fairies”

One thought on “Going to the Fairies…”

And this is what's known as a win.