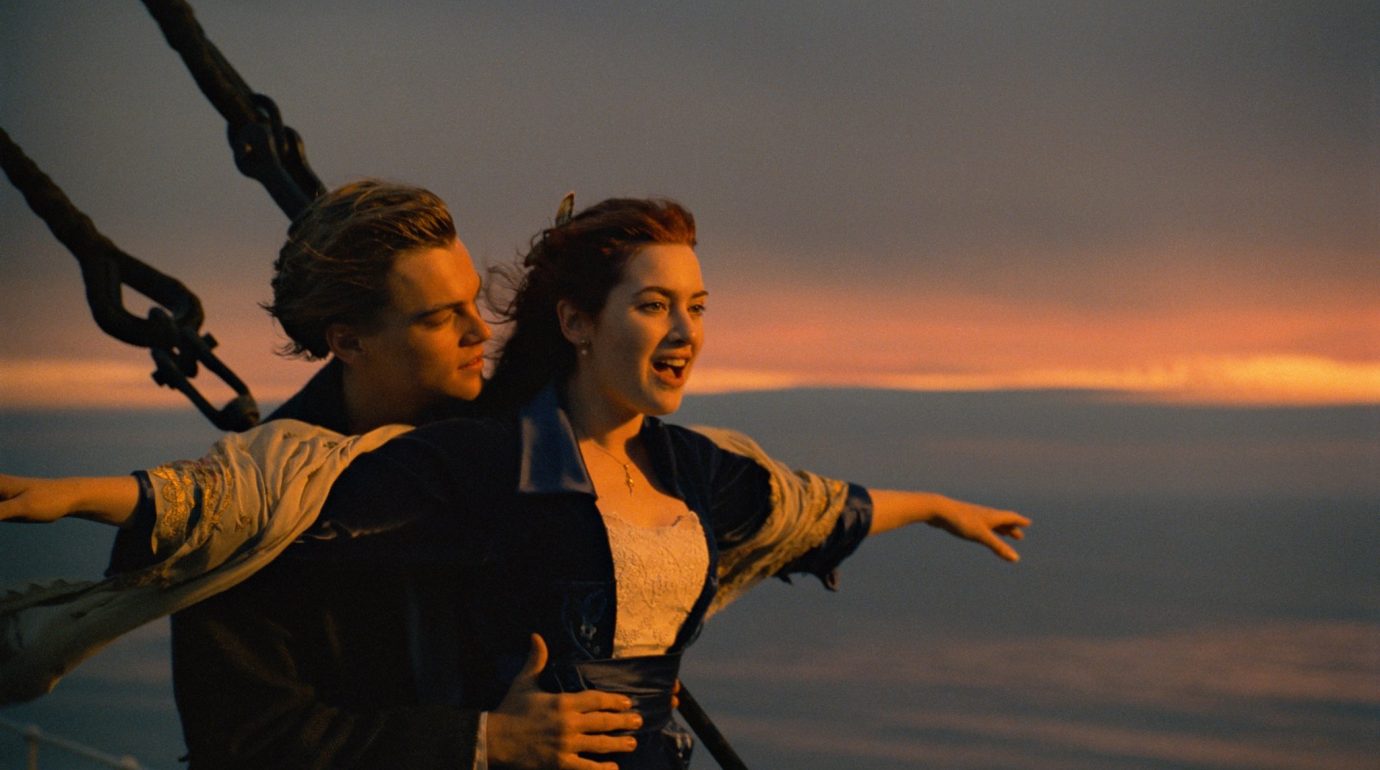 (or Orphans of a Perfect Storm)

They were two young orphans who had somehow survived the worst years of the Great Irish Famine, if not together, then at least near by. If they had, as George Astley’s younger sister had been, compelled to enter the local poorhouse, George and his sweetheart Mary Chapman would have been strictly segregated. But George’s sister would never leave the poorhouse and was buried in a pauper’s grave in the poorhouse grounds in Carlow, County Carlow, on 14 March 1848. George and Mary were both aged twenty-one, no longer children, so no school or orphanage could protect them now. If they wished to have any future together they would have to get out of Ireland.

On 5 November 1851, a ship sailed from Portsmouth, England with a cargo that included 287 mostly Irish emigrants. The Joshua was under the mastery of Captain H. H. Varian and this was her maiden voyage. Constructed in only three months at Bideford, in the English county of Devon, she (and ships are always she) was bound for the south-eastern colonies of Australia, passage paid for by one of the Colonial governments. Gold had recently been discovered in the colony of Victoria and while it may have seemed that the entire population of the planet were attempting to flock to that place only for their piece of the fabled yellow wealth, yet more souls were needed to replace those farm workers, mechanics, servants and menial labourers who had abandoned their regular employment for the hope of striking it rich on the fields.

But only George Astley sailed with this ship. Mary was still back in the old country. On 15 November, ten days out, in the North Atlantic Ocean, 1000 km from the nearest land, a squall blew up. For a young man who might have spent his entire life in the land-locked Irish county of Carlow and may never have seen the sea until recently, yet alone a storm at sea, this would have been nothing like he could ever have imagined. Then the ships’ masts came crashing down.

Ships disappeared at sea all the time. There was no such thing as GPS, It would be another half century before wireless radio was invented. Passing vessels hailed one another and exchanged names with their captains, who would report who they had encountered, where and when, at the next port they arrived at. It was at the very best, a three month voyage from Britain to Australia. To send a letter and receive a reply would take half a year—If you were lucky. Mary Chapman waited. A whole year passed. Then the letter arrived.

If it had a stamp, it was probably similar to the one illustrated here, but this letter was not written by her love. George Astley was alive and living in Australia, but neither he, nor she, knew how to write. If the letter had a postmark, it was probably for the best that Mary would have been unfamiliar with the evil reputation that name was acquiring. George Astley, from the day of his landing in Melbourne, capital of the Colony of Victoria, had been bonded to live and work seven kilometres or so north of the city in a place called Pentridge.

The remains of Her Majesty’s Prison, Pentridge, are located in the Melbourne suburb of Coburg. The locality of Coburg was once also known as Pentridge, but such was the embarrassment associated with the name that the locals changed it in 1870, when the final form of the prison was established. Victorians embarrassed very easily.

In 1849, a year before the stockade that became the prison was inaugurated, Edward Bailey (or Bayley) was the owner of a farm located near the local watering hole, which in turn was located somewhere between the Police compound and the land of a neighbour named Francis Gough. Gough had released some cattle from the station pound and was driving them towards his home when he decided to stop for some liquid refreshment. While he was so engaged, his cattle wandered off into the nearby fields and proceeded to feast upon the young crop of barley. When Gough finally emerged from the tavern, his cows were gone. Following what must have been a pretty obvious trail, he came upon Mr Edward Bailey herding his cattle—right back to the Police pound from whence they had originated. Gough proceeded to beat the living daylights out of Bailey (and presumably retrieved his cattle). It should now be mentioned that Gough was also the local police constable.

This story has an ending you may not expect—Bailey took Gough to court for assault, and what is more—he won. The jury did not buy Gough’s version of events wherein Bailey just tripped and fell on a fence post—which then brutally kicked him while he was down multiple times. Gough was fined £3 but seems to have remained a policeman. Any policeman, good, bad or just plain terrible was increasingly very hard to recruit in the colony. Bailey remained on his Pentridge farm, even as gold was discovered in the hinterland and the labourers he required to tend his fields (quite literally) headed for the hills.

On 4 February 1852, Bailey travelled down to Melbourne and paid a visit to the Immigration Depot. From there he collected a young man, twenty-two years of age, whose trade was listed as that of a farm-labourer. Mr Bailey seems to have been a realist—although his new employee was only bonded to remain in his service for six months, the fee for his services, which included food and board, was much higher than the colony’s average wage for a farm labourer. Servants were known to head to the goldfields regardless of their legal obligations to their masters. George Astley was contracted to Mr Edward Bailey for the sum of £36. Now it would be only a matter of time he could raise the money he would need to pay for the passage of his beloved to join him…

Nearly the same date, in a police court in Sydney, Captain Benjamin Avery, master of the sailing ship William and Mary (and there’s a fine Protestant name for a ship) was eyeballing the five members of his crew he had up on charges of mutiny. Avery was entrusted with the care of immigrants to Australia and he took that responsibility very seriously indeed, well beyond the fact he was unlikely to get paid his if charges were harmed.

WATER POLICE OFFICE.—FRIDAY.
(Before the Water Police Magistrate.)
MUTINOUSLY COMBINING, &c.—James Cain, Thomas Evans, Lot Gooding, James Jackson, and Henry Evans, five seamen belonging to the William and Mary, were brought before the Court, charged with mutinously combining to disobey the lawful commands of their captain, Mr. Benjamin Avery. This gentleman having been called, produced the ship’s articles and log book, proving that the prisoners had engaged with him on the 19th of August last, for a period not exceeding three years, that on Sunday last they refused to stow the maintopsail when commanded so to do, making use of the most offensive and disgusting language, to the great annoyance of the emigrants and all on board. One of their remarks was, “that the captain wanted to give them a drill, and they would like to knock his b—— head off.” They also quarrelled with the emigrants, and if it had not been for the interference of the captain, serious consequences might have resulted.

The prisoners persevered in their insubordinate conduct for two or three days, still threatening the captain, and using the most offensive epithets, at times rushing aft in a body and making themselves masters of the poop. In cross-examination by the Bench, witness stated that both himself and the surgeon-superintendent, and the surgeon’s lady, had done their utmost to induce the prisoners to desist, but they met with nothing but insult and annoyance in return. He believed, however, that the prisoners were mad drunk the most of the time, and that if it had not been for one or two of them, who appeared to be the ringleaders, it was probable this disturbance would never have occurred.

Cain, on being asked what he had to say in his defence, denied that he and his companions had taken possession of the poop in a body, explaining that he alone was on the poop, and that he happened to be there for the purpose of asking the captain for a glass of grog. Thomas Evans, on being called upon to defend himself, admitted that he had refused to furl the sail, but contended that if he and his four companions were to be brought up for this offence, the whole of the crew ought to be brought up also, as they were all equally guilty. Gooding, in his defence, simply stated that the Captain had called him a lazy idle fellow, and promised to kick him out of the ship when she arrived in Port Jackson. On being asked what he had to say in defence, wanted to know what he was brought here for, and receiving no answer, he said nothing further. On the question, “what have you to say in defence?” being put to Henry Evans, he replied, that after the manner in which the answers of his companions had been treated, it was very little use for him to say anything, as it was very evident that a poor seaman would stand very little chance in that court.” He concluded by observing, that the Captain had not “treated any of the seamen like gentlemen.”

They were each sentenced to 12 weeks’ imprisonment with hard labour, at the expiration of which time, to be returned to their ship.

Avery might well have wished the five were not returned to his ship, but in common with nearly all employers within the land and territorial waters of the Australian colonies during this mining boom-time era, he had to make do with what he could get. At least at sea, employees could not run away. Benjamin Avery was one of the most experienced mariners on the route from Britain to Australia and his reputation transporting immigrants was good. Maybe he had just been unlucky with his crew on this occasion. His next ship, surely, would have a superior crew?

A little over a year later, Avery sailed from Plymouth, England with his latest command, sailing once again for Australia on what would be his fourteenth voyage on that route. He had a similarly experienced ship’s surgeon on board in the person of Dr Davidson (four tours), who was the superintendent in charge of the welfare of the 326 emigrants his brand new ship was carrying, — there was even a school master, Mr. Pennington, to instruct the fifty-four children of the requisite age. Being a new ship, he had recruited a fresh crew of thirty-seven, and he had learnt his lesson from what had gone wrong last year and introduced some new strict regulations to ensure that after what his former passengers, particularly the female ones, had gone through last time, they would never had to experience that kind of thing ever again, under his watch.

What must of given Captain Avery some cause for concern, was that close to half of his charges, 144 of them, were single young women. One of them was Miss Mary Chapman from Carlow in Ireland, bound to be reunited with her beloved in a far distant land…

Avery’s new ship was called the Australia, and this was her maiden voyage. What could possibly go wrong? 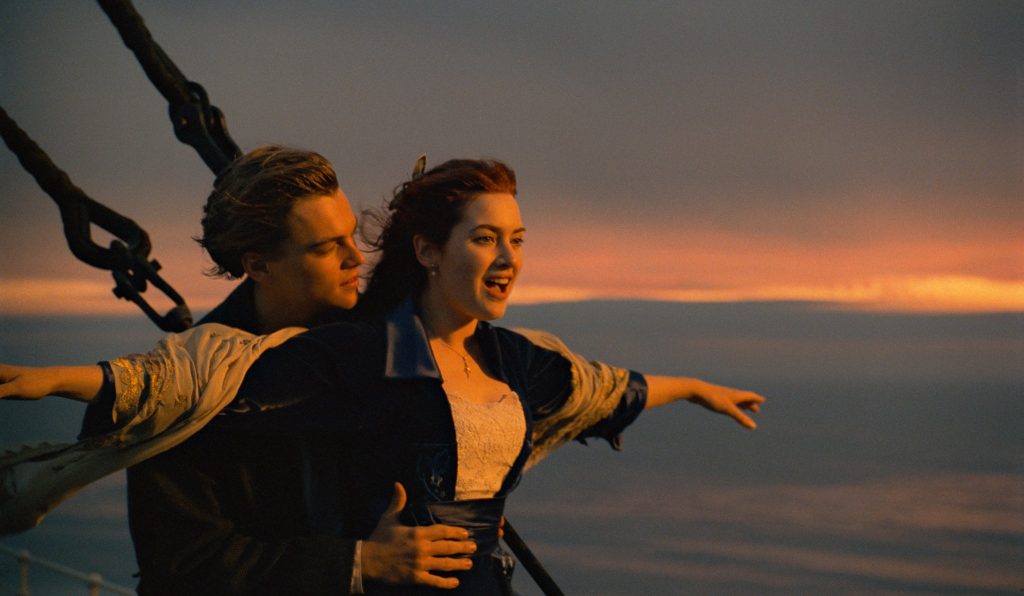