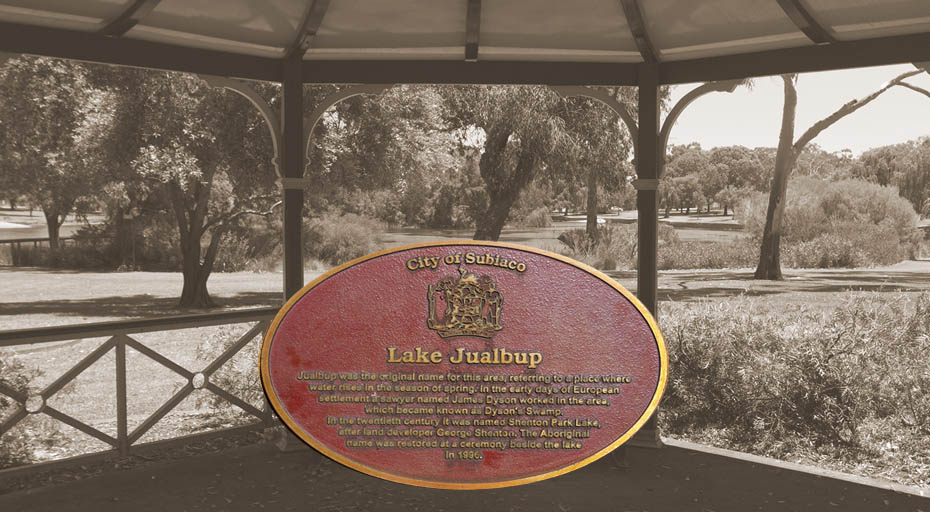 No relation to physicists, vaccum cleaner inventors or celebrated Australian artists (more the pity about that last bit)

The key ancestor of this particular Dyson family was named James Dyson, an immigrant to Western Australia from Lancashire, England towards the middle of the nineteenth century. On the face of it, his was a story one of ‘battler made good’ — They even named a Swamp after him in the Colony, such was the esteem he was held in. 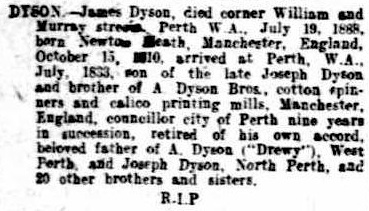 Yet denial of their heritage seemed to have been become a survival strategy for many of his decendants. An innocent question such as “Who was Drewy Dyson?” might result in a clip around the ear.

Others pretended that they were Scottish (As you do).