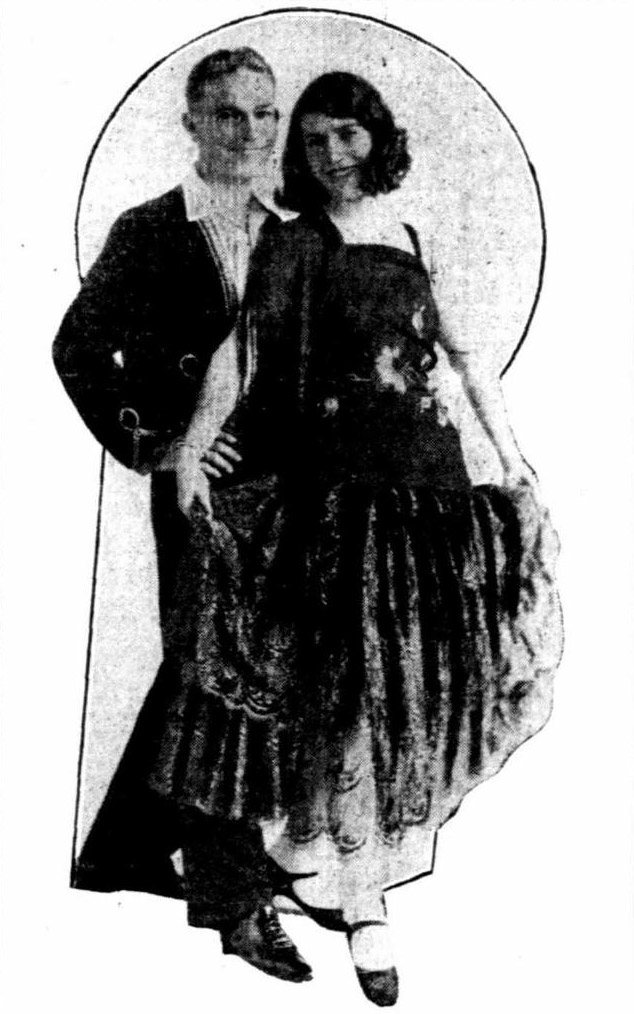 Dorothy Dyson was the youngest daughter of Joseph Dyson junior and Jessie Christisen nee Strutt. Jessie was born in Melbourne, the youngest child of James Strutt, a draper and largely unsuccessful businessman who died in 1883 when she was only 5. Her mother, Annie Brown Brough was a young Scots immigrant from Perthshire who maintained links with her relatives in Scotland as well as her husband’s English family who settled in Tasmania.

Annie relocated herself and her family to Western Australia sometime in the 1890s. She may have run a boarding house. One of the earliest references to the family in the west is of one of Jessie’s teenage brothers captaining a football game. Also in the Perth City side was a slightly older lad called Joseph Dyson.

But first to be married in Western Australia was Jessie’s older sister Mabel to a man named Couch in 1895. A daughter soon followed. Of her, more later.

In February 1900, Jessie married Joseph Dyson, junior, the only child of Joseph Dyson the elder, who in turn, was the eldest surviving son of James Dyson—who at his respectable peak, had been a long standing Perth City Councillor. Young Joseph had risen through the ranks of the colonial postal service in Western Australia to be, at the time of federation, in charge of the Perth GPO postal sorting division. His mother-in-law Annie Strutt died latter that same year. Despite contact being maintained with the Tasmanian Strutts, the identity of the family was solidly that of Annie’s Scottish heritage, to the point where, 100 years on, researchers of this side of the family came to their studies believing that the Dysons had always been Scottish. Any association with Joseph’s rather colourful family came to an end with the death of his father Joseph the Elder in 1912.

The family were finally established in a house in York street, Subiaco, which they titled “Mandalay”. There’s no point looking for that house today, its been redeveloped. Dorothy Dyson was born towards the end of 1911, the only daughter of three surviving children.

Mrs Jessie Strutt was an active member in the Caledonian Society, a Scottish cultural organisation in Australia which seems to have exploded into prominence  in WA during the gold rush of the late nineteenth century,  peaked in the first world war period and remained popular into the 1920s. Scottish dancing and music were organised and displays and competitions keenly contested.

Miss Ethel Philp seems to have risen up through this system of dancing competititions and exhibitions. Born in 1899, in West Perth, she was about the same age as the Dyson’s eldest son Leslie Guy, born late 1900. Her parents were Victorians of Scottish ancestry, a very similar background to that of Mrs Jessie Dyson. Their families definitely mixed together for in 1916, Jessie’s niece (that daughter of Mrs Mabel Couch now grown up) married Ethel Philp’s older brother. By this time Miss Ethel had long been famous in Western Australia, as a prize-winning Scottish country dancer, and at the time of the outbreak of the first world war, famous for her dance school for young children. The papers of the time have numerous advertisements for such schools and it was expected that these schools or troupes would take part in parades, exhibitions or concerts, held in such prominent locations as the local town halls.

Miss Ethel Philp’s break out year seems to have been 1916. She was only 17 herself, but she had a knockout child prodigy dancing star in her class. Aged 5, Baby Dyson, aka Miss Dorothy Dyson had arrived. Also, with the first world war at it’s peak, these colourful displays were used for fund raising and morale purposes. Mrs Jessie Dyson becomes more and more involved in the organisation of these spectacles, she was also a designer, and possibly a seamstress for many if not all the costumes.

During and after the war, a routine was established. The dance school opened for students in March, and at the end of the year increasingly extravagant exhibitions were held in places such as King’s Hall in Subiaco or the Perth town hall. Occasionally the troupes went on tour to far-flung and exotic locations such as Albany. As Dorothy Dyson grows up the “baby” moniker is dropped and she wins more and more competitions in her own right. The sheer quantity of medals acquired in such a short time must be evidence of the number of events and competitions that were held in this state. I don’t have any evidence that she travelled out of it till much later.

Not long after her 21st birthday (for which Dorothy danced for) Miss Ethel Philp married (Dorothy, aged 10, also dances at this event) but she continued her dance school under her maiden name. In 1924 Mrs Ethel Sheehan made a visit to the eastern states during the off months of January to March to learn the latest dance moves which presumably she teaches to the greatly impressed hicks back west…
Meanwhile Dorothy performed at many functions for the Caledonian Society including a very popular gig on New Years Eve. She was also an early performer on radio in Western Australia, broadcasting from the Perth Town Hall.

By age 14 Dorothy Dyson was teaching her very own class of child pupils. She would seem to be in direct competition with her old teacher, but it is more probable Ethel handed over her business to Dorothy as she retreated from it into marriage. Dorothy was a favourite with the press. Pretty much every year a paper would publish her picture about the time of her annual extravaganza in November or December. She never got a bad review. Almost immediately after that, she would depart on a ship, or later a train, with her mother, for the eastern states on a three month holiday, where they would visit relatives in Tasmania and Dance schools in Sydney and Melbourne. The social pages of the press would announce their departure and return.
This situation continued up to Dorothy’s marriage to Mr Selby Norton in 1937. He was a dance partner of hers from at least 1933.
Her father, Joseph, died a little over six months after her marriage.

Mrs Selby Norton performed for a Red Cross fund raiser in 1939, but this is as far as my researches have reached.. So far.

Hey bureaucratic galaxy brains! WA birth registrations are composed of location ID, ID number and Year for a REASON. SOME OF US WERE NOT REGISTERED THE YEAR WE WERE BORN. #MyGovID