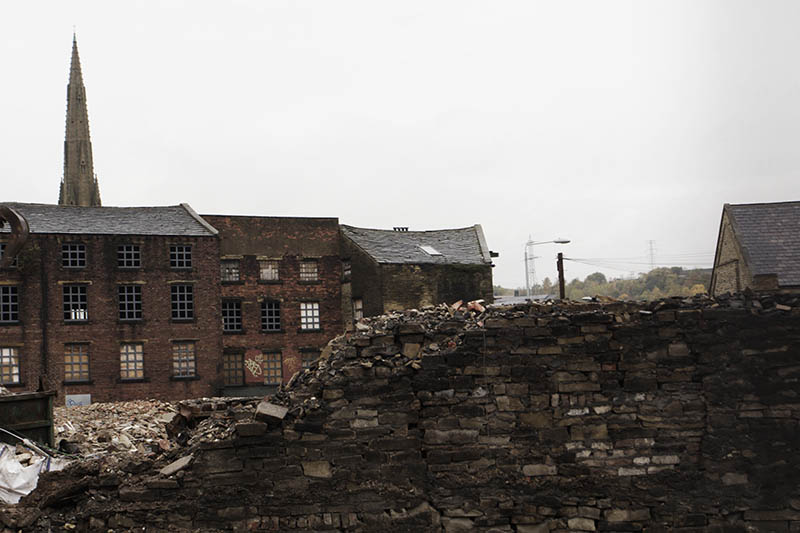 Fanny Hoffingham or Hoffington. It might even have been Skeffington, but I’ve seen the original document from which that transcription arose and I now know that it was Hoffington too. She was the first wife of James Dyson, ex-Tasmanian convict and future West Australian property owner and entrepreneur. Mother to his first four children and cruelly discarded by him in favour of the nubile and teen-aged Mrs Richard Edwards (junior)… better known to history as Jane Devling, or Mrs Jane Dyson.

We now know she is not buried in the same family plot as her husband and his second wife, and that she was alive for several years after the date inscribed on her headstone in that cemetery. She took her own life probably in state care, probably in the Perth lunatic asylum during the year 1854 — an institution so badly represented in the the archives that not only is there no death certificate for Mrs Fanny Dyson, its not even clear where the asylum was located in Perth at that date.

That was the extent of what we knew about the first Mrs Dyson. Before her name appears on her marriage certificate dated 25 October 1842 the name Fanny Hoffington or any of its variants appears precisely nowhere.

It’s a useful mantra to employ, I suppose: If someone tells me “I guess we’ll never know for sure”… That’s a green light for me to bloody mindedly be sure. Then… once I’m convinced that “Yes, we probably know all that can be known, and that all the avenues of research have been finally exhausted..” … that’s when a vital piece of new information that totally upsets what you thought you knew about a particular subject is revealed.

Such was the case with Fanny — but it was instinct, not evidence, that made me suspect I had uncovered her secret, via a series of outrageous coincidences possibly even linking her to her future husband before either had left England’s shore. The trouble is that even outrageous coincidences may still be just that, merely coincidences. I was looking for hard evidence, but the documents from 190 years ago were not providing that. However, neither were they providing proof that my theory was false.

“Patriotism is the last refuge of a scoundrel” is quote I was certain came from Ambrose Bierce, but looking it up it appears to be from Samuel Johnston made at least a century earlier in 1775. Here is my own riff on the sentiment:

“DNA is the last refuge of a family historian”

A certain commercial genealogy website to which I have linked my own DNA test also provides a long list of others who share segments of the same chromosomes that I possess. A subset of these distant biological cousins also have publicly searchable family trees back to the generation of Fanny’s possible parents or grand-parents. Two of these trees contain Fanny’s proposed true family name and a match with an individual that might be an uncle, grand-uncle, grandfather, or even father for her. This name does not appear in any other context on my current family tree, nor do any other matches with my known family names appear in these other trees.

This would not be conclusive proof on its own, nor can it be said that further documentary evidence may not still be uncovered that will demolish the baroque, Byzantine story of the first Mrs Dyson that I believe I have successfully constructed. But I’m now prepared to state my theory and die on this hill if that be my fate.

Fanny Hoffington was an alias for her real name which was Fanny Johnstone nee Dewhirst. A false name was necessary as her first husband Lorenzo Johnstone was very much alive and serving out the last days of his fourteen-year sentence as a convict in Van Diemen’s Land. The two had married in Launceston on 15 January 1840. At that time Fanny was also a convict — but despite that her conduct had been terrible to the extent that eighteen months had been added to her seven year sentence for theft, she was granted her absolute freedom on 3 July 1840. This was the same day that another convict felon received his freedom. His name was James Dyson.

Both had much in common: Both were from the same part of the world — both were sentenced in the same court house in Yorkshire, for similar crimes committed in Halifax in the West Riding of that county. They could well have known each other back in that town. He was a Bad Boy, she was a Bad Girl. In all probability she fled Van Diemen’s Land with Dyson on the barque Napoleon when she (the boat) sailed from Launceston on 1 May 1841. They were both much closer in age than what either had stated on their marriage certificate. He was closer to thirty than twenty-three, and Fanny was probably a couple of years older than James rather than a year younger (as she claimed) at twenty-two.

So James Dyson’s first wife was a one-eyed sex-worker from Halifax, Yorkshire, convicted of stealing from one of her clients, and would have been found guilty of bigamy if her track-covering had not been near-perfect.